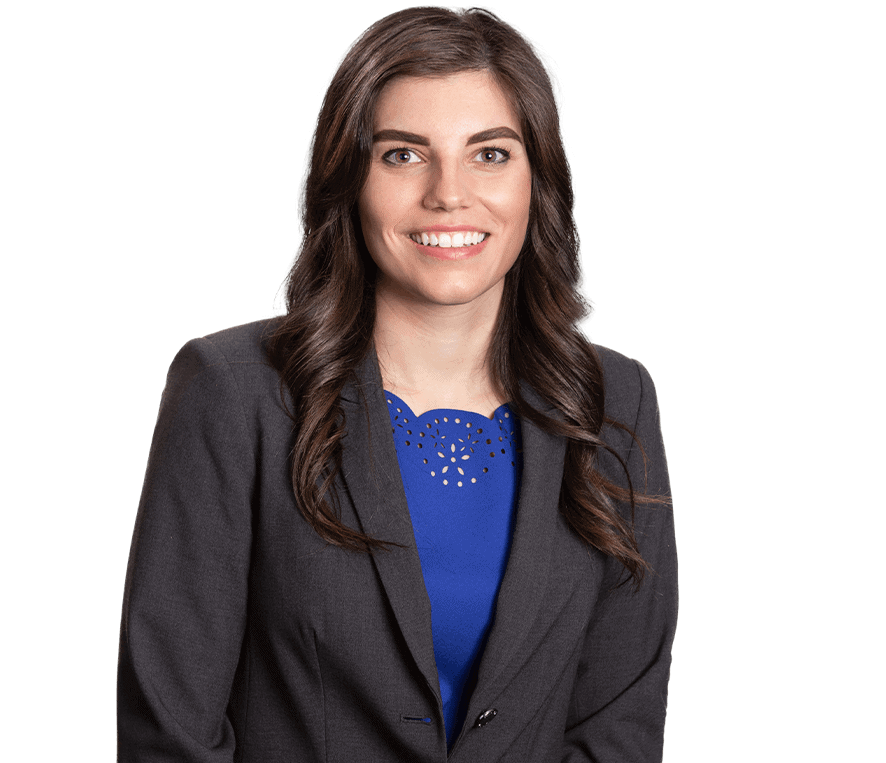 “I truly enjoy helping people through the difficult process of dealing with insurance companies after an accident and letting clients focus on overcoming their injuries.”

Mrs. Baillargeon attended Washburn University School of Law where she graduated with Dean’s Honors in 2018. While in law school, she was a member of the ABA Trial Team and became a member of the Order of the Barristers honor society. She was also Vice President of the Veteran’s Legal Association of Washburn. Mrs. Baillargeon clerked for Frank Azar & Associates during the summers while in law school and came on full-time in August 2018.

Currently, Mrs. Baillargeon is admitted to practice in Colorado federal and state courts. She is a member of the Pueblo and Colorado Bar Associations, as well as the Colorado Trial Lawyers Association. In her spare time, Shannon loves spending time with her husband, family, and friends. An avid animal lover, Shannon loves playing with her German Shepherd named Maximus and Doberman Pinscher named Justice. She also enjoys working out, traveling, and cheering on the Texas Tech Red Raiders, St. Louis Cardinals, and North Carolina Tarheels.