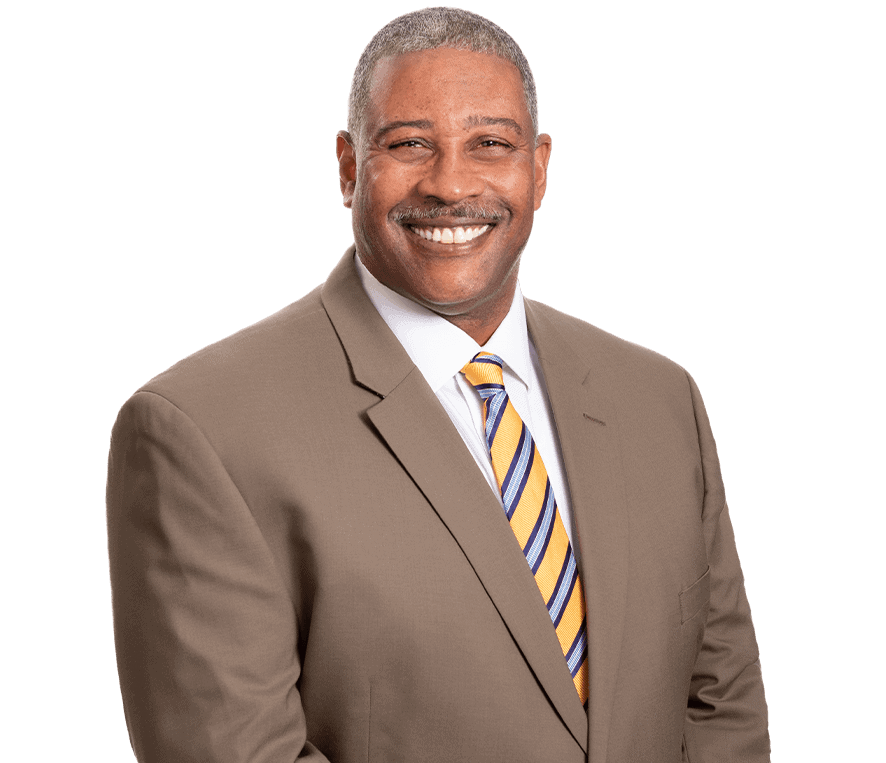 “I’ve seen many things in my career, protecting people’s rights is one of the reasons I became an attorney.”

Kenneth B. Pennywell was born in Shreveport, Louisiana. He witnessed firsthand the remnants of the post Jim Crow era regarding the treatment of blacks in America. Inspired by historical icons such as Thurgood Marshall, Mr. Pennywell decided to become an attorney. Mr. Pennywell received his B.A. from Southern University in Baton Rouge, Louisiana in 1981 and his J.D. in 1984 from Southern University School of Law. Kenneth was admitted to the Louisiana Bar in 1985 and Colorado Bar in 1992.

Mr. Pennywell’s experience includes being a law clerk for the Louisiana State Senate from 1984-1985. He also served as an Assistant District Attorney for the 1st Judicial District in Caddo Parish, Louisiana from 1985-1993 and prosecuted all major felonies including murders, rapes, and armed robberies. Remembering a family vacation to Colorado Springs and how beautiful it was, Mr. Pennywell decided it was time for a change of scenery and Colorado was the perfect place.

After relocating to Colorado, he worked from 1993 to 2000 with the Colorado Supreme Court Office of Attorney Regulation. As a trial attorney, he handled ethics violations on the part of Colorado licensed attorneys. Presently, in addition to representing injured parties, Mr. Pennywell is also a frequent presenter for National Business Institute at Continuing Legal Education (CLE) programs for attorney’s at both the local and national levels.

Kenneth loves to travel and read. He is an admirer of water sports and enjoys water snorkeling in particular. Hawaii is among his favorite places that he’s been able to visit and partake in water sport activities. Being from Louisiana, he especially enjoys cooking and eating Cajun food.

Mr. Pennywell has been an attorney with Franklin D. Azar & Associates, P.C. since June 2000. His areas of expertise include personal injury, civil litigation, and attorney ethics. Kenneth has extensive trial experience with over 150 jury, bench or administrative trials. He is a member of the Colorado Bar Association, Louisiana Bar Association and a former member of the National District Attorney Counsel.