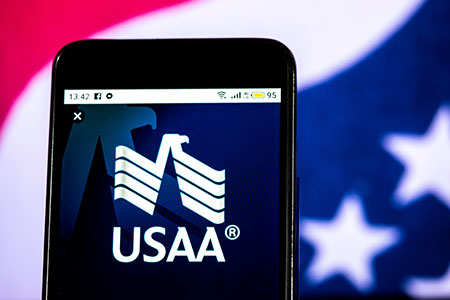 The law firm of Franklin D. Azar & Associates is investigating USAA over claims of underpayment of its customers’ medical bills. If you submitted an accident claim to USAA and the company did not cover all your medical bills, you may be entitled to money damages.

One of the largest providers of insurance for active and retired military personnel and their families, USAA offers auto coverage that is often designed to protect customers by paying for their medical bills and expenses after a car crash, no matter who is at fault. However, our investigation indicates that USAA uses an automated computer system to reduce or deny payments, depriving its customers of the benefit of the premiums they pay for Medical Pay (“Med Pay”) or Personal Injury Protection (“PIP”) coverage.

This computer system does not investigate the amounts billed by the medical provider and frequently reduces or denies the reimbursement amount. USAA tries to justify the reduction by stating that the billed amount “exceeds a reasonable fee for the service provided.” If USAA denied or reduced your Med Pay or PIP claim because your medical bills exceeded the computer system’s arbitrary limits, you may be entitled to compensation.

After your claim for benefits was filed with USAA, you should have received an Explanation of Reimbursement (“EOR”) that detailed how much USAA paid and what portion of the claim USAA reduced or denied. Contact Frank Azar today by calling  (866) 965-2304 or contact us here for a free, no-obligation consultation and find out if you are owed more.

The law firm of Franklin D. Azar & Associates has been investigating Class Action cases for more than 35 years and has recovered more than $2.3 billion for clients across the country. We have the experience and resources to represent national class-action lawsuits of any size, against any opponent. 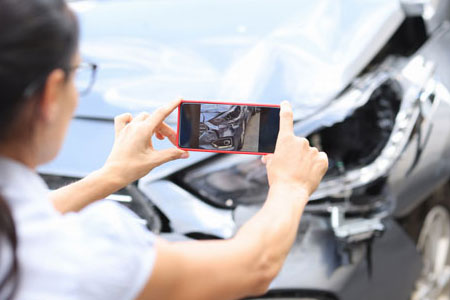 DOCUMENTING YOUR CLAIM AFTER A CAR ACCIDENT

If you’ve ever wished you had a receipt that you threw away too soon, or regretted not getting in writing something that a contractor promised to do, then you probably already understand how critical it is to have documents in order to prove your case. Documentation is especially important in serious injury claims after a car accident.

Documenting and preserving the evidence are among the most helpful tasks you can undertake after a crash, strengthening your claim and heading off confusion. An experienced personal injury attorney can help you in your quest for justice, but there’s a lot you can do on your own in the minutes and hours after the incident to help your case. Here are the most important steps.

After you’ve checked for injuries and called 911, the next thing to do, if you’re able, is to take photos of the scene, the injuries, and damaged vehicles. You don’t need a fancy digital camera; a smart phone with a flash will do. Take more pictures than you think you’ll need, from various distances, with flash and without. Zoom in for detail and go wide for context. Hold the camera or phone steady to avoid blurring the image.

If you can’t photograph the scene right away, return at the same time of day the crash happened to shoot relevant features — whether there was construction or a hazard of some kind, whether the traffic lights appear to be working. Use the time and date stamp function to document when the photos were taken. If necessary, use some familiar object, such as car keys or a glove, to give a sense of scale to what the photo depicts.

Get contact info of all motorists involved in the crash and others who may have seen some aspect of the incident. If possible, get brief written accounts stating simply what they saw or heard. Memories often can get dim on important details before a case gets to trial, so it’s important to preserve witness accounts while they’re still fresh.

What did you see, hear, and do? What did others say to you? Was anyone acting strangely after the crash — for example, trying to leave the scene or switching positions in their vehicle?  Putting important details on paper helps protect your case from your own possible memory lapses. Continuing the process through subsequent dealings with insurers, medical personnel, car repair shops, and others can provide running documentation of your case as it develops.

Seeking medical help in the immediate aftermath of a crash is important for several reasons. Being conscientious about your treatment plan, including keeping appointments and saving and organizing bills and medical evaluations, are essential steps in getting back on your feet and reinforcing your claim. 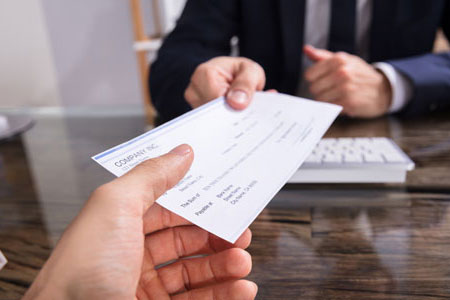 HOW CAN I TELL IF THE INSURANCE OFFER IS TOO LOW?

People who have been in a serious car wreck can find their lives turned upside down in an instant. Suddenly they’re facing car repair bills, medical issues and expenses, time lost from work, an uncertain future. The more trusting may be counting on the at-fault driver’s insurance company to make things right. But there’s ample evidence to suggest that trust is often misplaced.

Whether they call themselves good neighbors or good hands or use celebrities or cute reptiles to tout their services, insurance companies are not charities. They are money-making enterprises, and that means taking in more money in premiums than they pay out in claims — a lot more. If they can get away with paying you far less than your claim is worth, they won’t hesitate to do so. You can almost always count on the insurance company’s first offer to be lower than market value, yet some people readily agree to it.

In addition to making sure you get a proper medical evaluation, an experienced accident lawyer will know how to assess the ways the crash has impacted your life, including losses you’ve incurred that you may not realize are compensable, such as lost wages and pain and suffering. No attorney can guarantee a certain outcome in all cases. But your chances of maximizing your settlement to receive all the compensation you deserve increases greatly when you have an experienced personal injury attorney by your side.