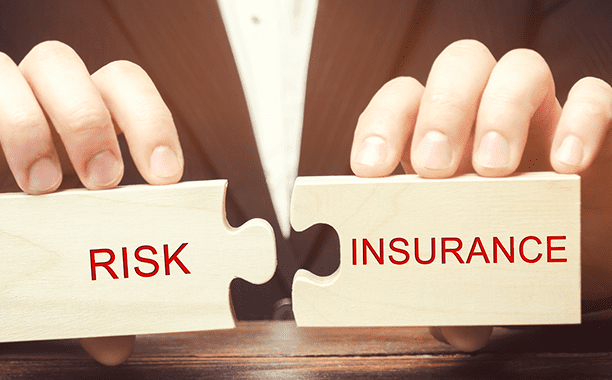 HOW STATE FARM’S “BAD NEIGHBOR” POLICIES ARE HURTING ITS CUSTOMERS

With its pervasive advertising and well-known jingle, the insurance giant State Farm is hard to miss. It’s the leading provider of auto and home insurance in the United States, with $193 billion in assets, 58,000 employees, and 19,000 independent contractors who work as State Farm agents. In 2020 the company ranked 36th on the Fortune 500 list of the nation’s largest companies and collected $42 billion in premiums, while paying out $22.7 billion in claims.

That’s a lot of money. Unfortunately, State Farm’s ways of handling claims can put its own customers at great financial risk — and, in some cases, its actions have prompted judges to denounce the “good neighbor” company’s conduct as fraudulent, abusive, malicious, and far from neighborly.

In a previous article, we focused on two serious injury cases in which we believe State Farm demonstrated bad faith conduct consumers should know about. These were both situations in which a State Farm customer was the at-fault driver in a car crash, a claim for damages was filed by the other driver, and there was a reasonable chance that a verdict at trial would exceed the amount of coverage specified in the policy. In such circumstances, the insurance company has a legal obligation to settle the claim, if possible, so as not to put its customer at financial risk. But State Farm refused offers to settle the claims for the policy limits, and the verdict at trial went against their clients, burdening them with six- or seven-figure judgements against them. In both cases, State Farm maintained it would only pay a small portion of the judgement, leaving its customers on the hook for the rest — and compelling them to sue State Farm in an effort to hold the company responsible for its decision not to settle the claim when it had a chance.

Sadly, these are not isolated incidents. There is a history of questionable practices at State Farm over many years that suggests the company is all too willing to look out for itself at the expense of its customers — and large enough to shake off harsh reprimands from outraged judges and juries as merely the cost of doing business. Here are some pertinent facts:

A SCHEME TO BOOST PROFITS

State Farm’s strategic mistreatment of its customers first came to national attention in a Utah case, Campbell v. State Farm. Campbell was State Farm’s insured, facing civil claims in a crash that killed one person and injured another. State Farm refused to settle the claims for $50,000 (the policy limits), while assuring Campbell that his assets were safe. A jury awarded damages of $185,000. State Farm agreed to pay only $50,000 and advised Campbell to put a “For Sale” sign outside his house. Campbell sued State Farm to get it to pay the full verdict, and a jury awarded him $2.6 million in compensatory damages and $145 million in punitive damages (later reduced on appeal).

Why was the jury so intent on punishing State Farm? At trial Campbell was able to introduce evidence of a nationwide practice by State Farm that rewarded employees who paid less than market value for claims. “State Farm repeatedly and deliberately deceived and cheated its customers” in the name of cost containment, according to the Utah Supreme Court review of the case in 2001. “Agents changed the contents of files, lied to customers, and committed other dishonest and fraudulent acts in order to meet financial goals.” Evidence was also presented that the company destroyed relevant records, attempted to intimidate or harass its opponents, and instructed its attorneys to engage in “mad dog defense tactics” in an effort to wear out claimants and their attorneys. “Such conduct is malicious, reprehensible and wrong,” Justice Christine Durham concluded.

FRAUD IN THE WAKE OF HURRICANE KATRINA

In 2013 a Mississippi jury found that State Farm had defrauded a federal flood insurance program after Hurricane Katrina devastated the Gulf Coast. Facing a massive pile of claims after the disaster, the company allegedly instructed its claim adjusters to misclassify wind damage as flood damage, in an effort to shift liability for those losses to the government. Two independent claims adjusters turned whistleblowers filed a lawsuit, alleging widespread fraud in State Farm offices, including falsified engineering reports. The verdict was upheld by the U.S. Supreme Court in 2016. State Farm also faced lawsuits from the State of Mississippi and hundreds of individual policyholders over disputed claims stemming from Katrina damage, including one filed by then-Senator Trent Lott.

NOT EVEN CELEBRITIES ARE EXEMPT

State Farm prominently features superstar athletes in its TV commercials, but being a star doesn’t guarantee red-carpet treatment from the company. A Los Angeles jury recently awarded $6.3 million to actress Shannen Doherty (“Beverly Hills 90210”) in a lawsuit that alleged that State Farm refused to pay an adequate amount to cover the damages to her Malibu home from the 2018 Woolsey fire. The jury found that State Farm’s offer of compensation was “unreasonable.” The resulting verdict addresses not only damages to Doherty’s house and property but emotional distress and attorney’s fees.

“POUNCING” ON ITS OWN CUSTOMERS

One of the most disturbing examples of State Farm failing to protect its customers and working against their best interests is a lawsuit that dragged out over ten years here in Colorado. A man named Larry was the driver of a car that struck a woman, Lee, a pedestrian crossing an intersection with the light. Lee sustained several serious injuries, including a brain injury.

Larry’s insurance policy with State Farm provided liability coverage in the amount of $100,000. Lee’s attorney attempted to settle with State Farm for the policy limit. State Farm not only declined to respond to the offer within an established deadline, it failed to inform Larry of the offer — even though Larry was facing potentially enormous financial risk if the case went to trial, given the severe nature of Lee’s injuries and the fact that Larry had used marijuana shortly before the accident.

Still seeking resolution, Lee’s attorney proposed to Larry and his lawyer an offer that would protect Larry from a large jury verdict that State Farm could have avoided. In light of Lee’s significant injury, Larry agreed to stipulate to liability and damages in the amount of $2.5 million. Larry assigned to Lee his right to sue State Farm for not settling the case, and Lee agreed that she would not try to collect the $2.5 million judgement from Larry. Larry’s lawyer, paid by State Farm, told Larry to accept Lee’s offer. But unknown to Larry, his attorney was talking to State Farm about whether the company would claim that entering into this assignment agreement would violate the “cooperation clause” of Larry’s policy. State Farm decided that if Larry signed the agreement to protect himself, he would lose all of the insurance coverage he paid for — a crucial detail that neither State Farm nor his State Farm-provided lawyer warned him about.

A state court judge found that State Farm’s failure to disclose information necessary for the parties to make an informed decision about settlement was done fraudulently. A federal judge concluded that “State Farm engaged in a conspiracy to commit fraud” — by, among other actions, failing to tell Larry that Lee was willing to settle her claims for the policy limits; failing to disclose to Lee that it would cover any judgment in excess of the policy limits; and prolonging the case “for specious reasons in the face of obvious liability.”

A special master assigned to the case also found that Larry’s attorney, who’d been paid $6.1 million by State Farm over an eight-year period for his services on hundreds of claims, was “acting as State Farm’s agent” in this case and concealing material facts from his client. An expert witness for the plaintiff stated that, in his opinion, State Farm “pounced on” its own customer: “After inducing the [assignment] agreement, State Farm then immediately embroiled [Lee and Larry] in expensive federal court litigation…This latest conduct by State Farm was deceitful, highly inappropriate and compounding of its other previous conduct.”

The case was eventually settled for an undisclosed amount. The facts about State Farm’s conduct in the case remain a matter of public record. It’s one more startling example of how the company that likens itself to a “good neighbor,” ready to help you through difficult times, can turn out to be your worst enemy.