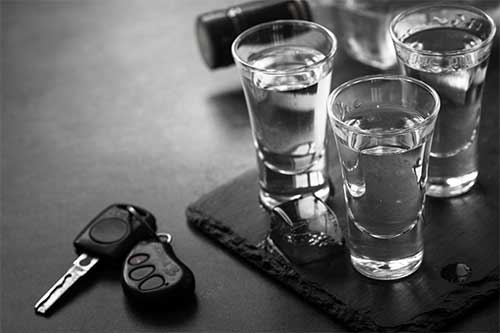 What Are the Leading Causes of Fatal Car Accidents?

According to data gathered by the National Highway Traffic Safety Administration, 37,133 people lost their lives in motor vehicle crashes across the U.S. in 2017. That’s actually a slight decrease in fatalities after two years of sharp increases, but it’s still a disturbing figure — particularly since the majority of those crashes were caused by human error and were entirely preventable.

One way to work at reducing the death toll on our nation’s roads is to raise awareness about the underlying causes of fatal accidents. But that can be a more complicated process than it sounds.

Although researchers have collected vast amounts of data about traffic deaths for decades, the statistics aren’t always compiled in a consistent or illuminating way.

For example, it’s clear that many accidents are the result of drivers not staying in their lane, running stop signs or speeding, but what’s the real explanation for that behavior? Is the driver asleep at the wheel, distracted, or impaired —or is there something else entirely going on?

Drawing on NHTSA reports and other sources, here’s a rundown on the most common triggers of fatal motor vehicle incidents.

1. Driving drunk. Drunk drivers accounted for 10,874 deaths in 2017, about 29 percent of the total road casualties. That’s down dramatically from the drinking-related fatality rate a generation ago, particularly among young motorists, but excessive alcohol consumption remains the single greatest (and most preventable) factor in far too many fatal crashes.

2. Fatigue. The NHTSA blames drowsy drivers for approximately 800 deaths a year. But several other sources, including the Centers for Disease Control and the Governors Highway Safety Association, contend that the actual figure is closer to 5000 or 6000 deaths a year.

Clearly, there’s some overlap here with the drunk-driving statistics, since intoxicated people can and do fall asleep at the wheel. But fatigue can be a killer in its own right; in one survey of 150,000 adults, four percent admitted having fallen asleep while driving at least once in the last month!

3. Distracted driving. Distractions, from texting and other cell phone use to fiddling with climate controls to eating or arguing while driving, now account for roughly one out of every ten fatal accidents. The official toll in 2016 attributed to distracted driving was 3,166 deaths, a slight decrease from previous years, but not all distraction-related crashes end up being reported as such.

4. Other irresponsible behavior. Unfortunately, many traffic deaths come down to someone not paying attention, failing to take ordinary precautions, or being heedless of traffic laws.

How else to account for the large number of deaths (10,428 fatalities in 2016) of people not wearing their seat belts, which could have saved many of those lives? Or the millions of traffic collisions, some fatal, that can be attributed to tailgating, a failure to signal, or a failure to yield? Or the 300-plus fatalities a year attributed to road rage? While the development of a range of new safety features in cars promises to cut down on those statistics, there’s still no substitute for alert and responsible driving.

5. Weather. More than a million car crashes a year are related to weather conditions, about twenty percent of all traffic collisions. More than 5000 deaths a year are attributed to adverse weather conditions, with wet pavement and rain being a factor in the majority of those deaths. Rain, fog, ice, whiteout conditions and other hazardous environmental factors should prompt drivers to proceed with extreme caution — or, better yet, stay off the road if possible.