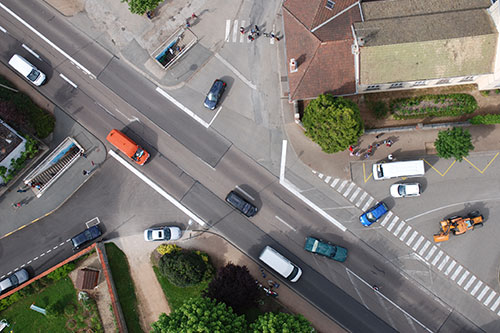 Denver’s Ten Worst Intersections – And What To Do About It

It’s official. 2021 was the worst year on record for Denver traffic fatalities, with 84 people dying in crashes on the city’s surface streets, compared to 71 in 2019, the previous record year. The pandemic shutdown brought those numbers down because of fewer cars on the road, but that reprieve is over.

Many factors appear to have contributed to the surge in fatal crashes, including speeding and distracted drivers, poorly regulated traffic flow, and stressed-out drivers trying to turn in congested intersections long after their signal has changed. But it isn’t just the busiest, high-speed arterials that pose hazards. According to an eye-opening report in Denverite, in 2021 Denver saw 3453 crashes on neighborhood streets with posted speed limits of 25 miles per hour or less. That’s close to one in five of all traffic accidents in the city last year. Of the 464 most serious crashes, 69 of them were on streets where drivers are supposed to be going no faster than 25 mph.

City officials are attempting to address the problem by lowering the speed limit on many city streets to 20 miles per hour and installing various traffic “calming” and “slimming” features designed to make drivers slow down. But without added enforcement of existing traffic laws, the risks to drivers, cyclists, pedestrians and others trying to navigate the city’s major intersections can’t be ignored. The weekly newspaper Westword recently sifted through city data to identify the ten most dangerous intersections in Denver, based on the number of crashes reported in 2021. According to their report, they are:

While we can all lobby city officials to take additional safety measures to save lives, a lot still depends on individual drivers doing what they can to prevent crashes. Keep your speed under control and drive defensively. Anticipate that other drivers may not heed an expiring yellow light or even a well-established red one. Report aggressive and dangerous motorists. And if you do take to Denver’s more placid residential streets, drive as if you live there. Many people do.