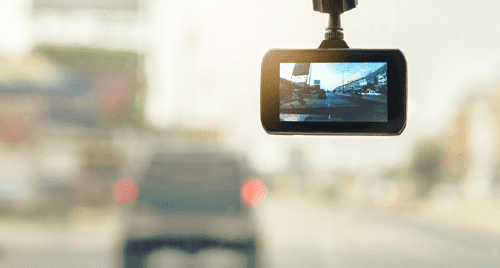 Dashcams: Can They Help Your Case After An Accident?

Not too long ago, dash-mounted cameras seemed to be found almost exclusively in patrol cars used by state troopers and other law-enforcement personnel. But now you can find excerpts of disturbing crash videos all over YouTube and the nightly news, many of them taken by ordinary drivers who have turned to dashcams as a way of documenting the mayhem on the roads.

Is a dashcam worth having? Could it actually help your case if you’re involved in an accident? Here are some factors to consider.

The price of dash-mounted cameras has dropped in recent years as demand has increased, and popular models tend to cost between $50 and $200. Various reasons have been offered for the growing trend. People who’ve had past “close calls” or actual collisions have turned to the technology in hopes of heading off disputes over who’s at fault in the event of another accident. Others have turned to the cameras as a means of recording their on-the-road adventures (a considerably safer approach than taking a behind-the-wheel selfie) or in an effort to document and deter road-ragers and other bad behavior, in the same way that a security camera might curb theft.  But can a dashcam make a difference in an accident case?

How A Dashcam Can Help

There’s no question that a dashcam can be of help in certain accident situations. Video is unbiased, objective, and generally indisputable evidence, and it can be a powerful tool in resolving fundamental “he said/she said” issues, such as whether the light was green, who had the right of way, the relative speed of the vehicles involved, and so on. It can capture the details of a hit-and-run driver’s vehicle and aid in the prosecution of someone who might otherwise have escaped justice.

However, dashcam evidence isn’t always necessary or useful. Vital details of a rear-end or sideswipe collisions can occur outside the range of the front-mounted camera. Dashcam critics claim other drawbacks: The devices can be one more distraction amid all the other electronic gear in your vehicle and (ironically) increase your chances of having an accident; they might also attract thieves. And dashcam recordings also raise privacy issues — not so much because of the video, but any audio recording it might also capture.

Obviously, dashcam users tend to believe there are more pluses than minuses surrounding the devices.

What To Look For In A Dashcam

Some day all new cars may come equipped with a dashcam. Until that happens, here are some things to look for if you’ve decided to give a dashcam a try.

The most important feature for evidentiary purposes is a high-resolution image. The New York Times suggests avoiding the bargain-basement models with poor resolution and not settling for less than 1440p or even 4k. Also key considerations are easy controls and multiple mounting options. If the model you’re looking at includes an optional rear camera as well, that can greatly increase your ability to document what’s happening on all sides of your vehicle.

For more than thirty years the attorneys at Franklin D. Azar & Associates have helped thousands of injured people obtain complete and timely compensation for their losses. Our proven track record and expertise have allowed us to grow into the largest personal-injury law firm in Colorado, with offices in Denver, Aurora, Thornton, Greenwood Village, Colorado Springs, and Pueblo. If you’ve been injured in a bus, car, truck, or motorcycle accident, you may be entitled to compensation.  Please call the car accident lawyers at FDAzar day or night at 720-372-2824 or contact us here for a free consultation and no-obligation evaluation of your case.