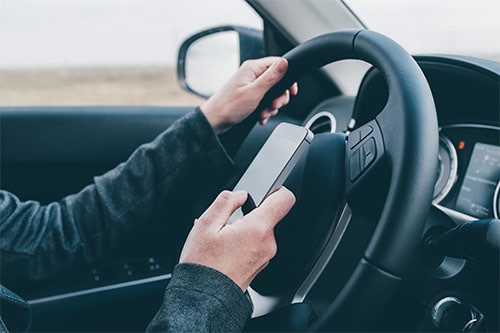 It’s no secret that distracted driving associated with cell phone use, especially texting, causes thousands of fatal accidents every year. But recent court actions have put a spotlight on a controversial app that critics say encourages risky and distracted behavior among young drivers, with tragic results.

The Snapchat speed filter allows a user to overlay speedometer readings on top of videos or photos — in effect, providing a “look how fast I’m going” selfie the user can share with followers. Snapchat maintains that the app is not intended for use while driving and comes with a “do not snap and drive” warning message. The company also maintains that it’s protected from civil suits over misuse of the app under the Communications Decency Act, which protects social media companies from liability as publishers of information on their platforms.

But on May 4 a federal appeals court unanimously ruled that Snapchat could be sued over the death of three Wisconsin teenagers in a 2017 accident, in which their car went off the road at 113 miles per hour and crashed into a tree. The ruling reverses a lower court decision that Snapchat was not liable under the CDA. Attorneys for the parents of one of the teens contend that the filter encourages unsafe driving and that some users believe that driving at high speeds will earn them rewards for posting popular snaps.

The case is one of several serious crashes across the country that have been linked to Snapchat use:

In Georgia, an 18-year-old woman who was allegedly trying to achieve 100 miles per hour for a snap collided with another vehicle on a highway south of Atlanta. Shortly after the accident, the 18-year-old posted a selfie showing her bandaged on a stretcher, with the caption, “Lucky to be alive.” The Uber driver in the other vehicle suffered brain damage as a result of the 2015 crash. A judge dismissed the victims’ claims against Snapchat in 2017; the following year an appeals court reversed that decision, but last fall decided that Snapchat did not have a duty to prevent the plaintiffs’ injuries.

In Philadelphia, three young women in a Camaro died in a fiery collision with a parked tractor-trailer in 2015. According to family members, one of the passengers had been posting snaps of the three at a bar earlier that day and a final post using the speed filter to show they were traveling at 73 miles per hour shortly before the crash.

In Florida in 2016, a passenger shot a video using the speed filter to show a 22-year-old driver reaching a speed of 115 miles per hour right before the car crossed a median and slammed into a minivan. The driver, the passenger, and three people in the van — a mother and two children —were all killed. A driver of another car involved in the crash was seriously injured.

The recent appeals court decision in the Wisconsin crash doesn’t address whether Snap Inc, the company behind Snapchat, has liability for dangerous behavior by its users or not. It does, though, open the door to treating providers of social networking apps not as publishers of third-party content but product manufacturers, who have an obligation to guard against defects. That, in turn, may prompt other social media companies to take a closer look at what they can do to help solve the growing and deadly problem of a culture of distracted driving.

For more than thirty years the attorneys at Franklin D. Azar & Associates have helped thousands of injured people obtain complete and timely compensation for their losses. Our proven track record and expertise have allowed us to grow into the largest personal-injury law firm in Colorado, with offices in Denver, Aurora, Thornton, Greenwood Village, Colorado Springs, and Pueblo. If you’ve been injured in a bus, car, truck, or motorcycle accident, you may be entitled to compensation.  Please call the car accident attorneys at FDAzar day or night at 800-716-8032 or contact us here for a free consultation and no-obligation evaluation of your case.