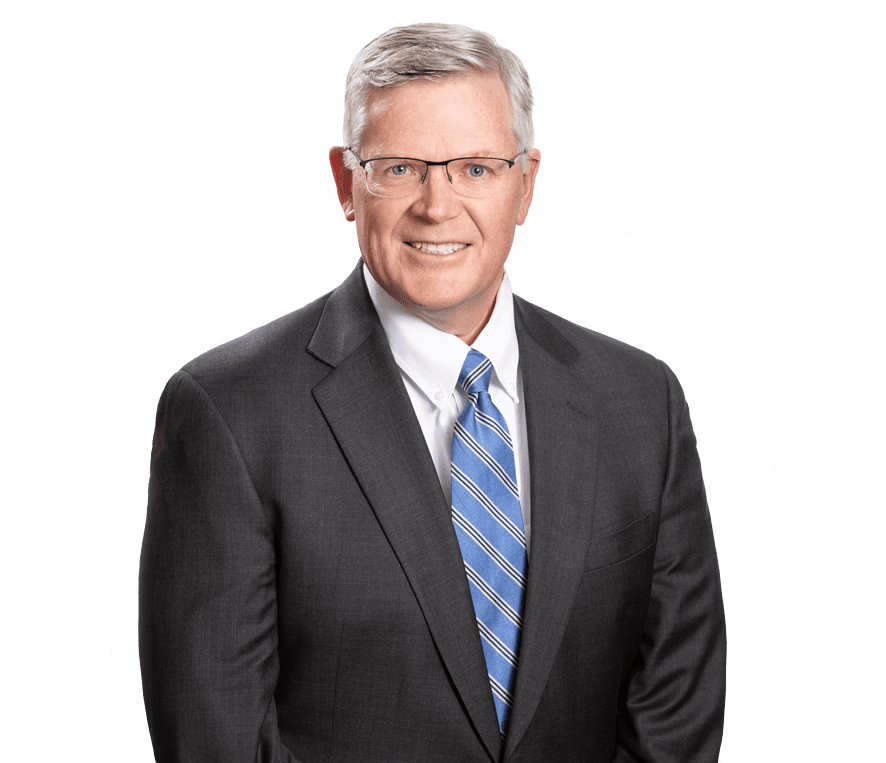 “Success is not final, failure is not fatal: it is the courage to continue that counts.” — Winston Churchill

“You cannot escape the responsibility of tomorrow by evading it today.” — Abraham Lincoln

Bob Rock grew up on a farm in Indiana and attended Indiana University in Indianapolis for law school where he met his wife, a nurse-attorney. Bob graduated in 1988 receiving his J.D. degree.

Before law school Bob graduated with a B.A. in history from Indiana University. While an undergraduate student, Bob joined the U.S. Marine Corps and was commissioned a 2nd Lieutenant after he graduated. After law school, he served as a Judge Advocate in the Marine Corps. Bob was appointed a Special Assistant U.S. Attorney and prosecuted civilians who violated the law on Camp Lejeune in North Carolina.

For the last several years Bob’s practice has been devoted to representing injured people. Bob has had several jury trials both in state and federal courts. He was appellate counsel in fifteen (15) cases that are published opinions and ended in victories for his clients. One of Bob’s most meaningful cases involved a client who lost his leg in a motorcycle accident. Bob was able to recover $1,000,000.00 for his client. Bob is licensed to practice law in Indiana, Kentucky, Illinois, and provisionally in Colorado. He is also a member of the Academy of Truck Accident Attorneys (ATAA) and The National Trial Lawyers Top 100.

Outside of the law, Bob is blessed with a wonderful wife and four children. Bob’s two middle sons followed him into military service. They both attended the U.S. Naval Academy in Annapolis, Maryland. His oldest son is a C-130 pilot in the Marine Corps. His second son is also serving in the Marine Corps and attending flight school in Pensacola, Florida. Bob’s daughter teaches and lives in Jackson, Wyoming, and his youngest son is a student at Centre College in Danville, Kentucky. Before law school Bob’s wife lived in Colorado Springs, and was a nurse at Penrose Hospital. Bob’s family loves outdoor activities of all kinds and enjoy our country’s National Parks. The Rocks have a Wheaten Terrier – Teddy. Most of the Rocks are football fans who support: the Memorial High School Tigers, Navy – Go Navy! Beat Army!, and the Chicago Bears – Go Bears!