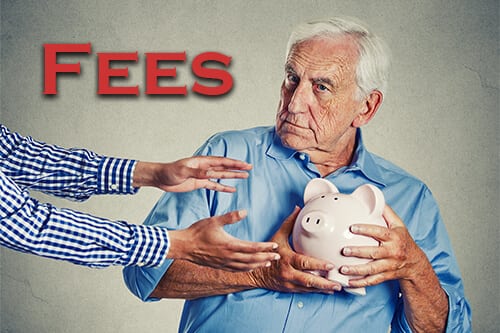 Attorneys for former clients of Edward Jones accuse the investment services giant of failing to disclose key aspects of a new program that generated more than $17.2 billion in revenue, much of it at the expense of “small-town, middle-class, buy-and-hold investors” who were misled about high monthly fees.

The allegations can be found in a recent court filing by Franklin D. Azar & Associates, opposing efforts by Edward Jones to dismiss a class-action lawsuit brought by former clients, who claim that their assets were shifted into costly fee-based accounts as part of a “reverse churning” scheme.

To understand reverse churning, we first need to know what churning is in finance.

When a stockbroker moves investments from one fund to another, simply to earn commissions for each transaction, that’s known as churning.

Reverse churning occurs when a financial advisor places a client’s money into a fee-based account for the primary reason of collecting the fee, meaning the advisor makes little or no trades and yet collects a management fee from your account.

An account that charges a fee based on a percentage of the assets invested can cost the client far more than a commission-based account, especially if that client does little trading, as the lawsuit alleges occurred here.

For most of its 96-year history, Edward Jones prided itself on its commission-based model offering free financial counseling to its clients. But starting in 2008, the Company began to offer fee-based accounts, charging 1.35 to 1.50 percent of a client’s assets annually to “manage” the account. When underlying fund expenses are taken into account, the fees involved could reach as high as two percent a year — five to ten times higher than the asset management fees charged by other major investment advisors.

This move toward fee-based accounts, combined with placing clients into investment products developed by Edward Jones or by partners that were sharing revenue with Edward Jones, was enormously profitable for the Company.

The lawsuit alleges that Edward Jones collected $17.2 billion from asset-based fees during the five-year Class Period, which led to $272 million being doled out in bonuses to the Company’s top executives. The total assets under management in the fee-based Advisory Programs nearly tripled, from $101 billion in 2013 to $265 billion in 2017.

DID INVESTORS HAVE ALL THE FACTS?

Last summer U.S. District Judge John A. Mendez issued an order appointing Franklin D. Azar & Associates and Garner & Associates as Lead Counsel for the plaintiffs in the Edward Jones case, which is filed in the Eastern District of California.

In its motion to dismiss the lawsuit, attorneys for Edward Jones maintain that the Company made required disclosures about its Advisory Programs. But the Plaintiffs’ attorneys maintain that Edward Jones misled its clients and “withheld material information which they needed to make an informed decision” — including the fact that the Company was “training and incentivizing” its financial advisors to move commission-based clients to an Advisory Program, “even when it was not in their best interests.”