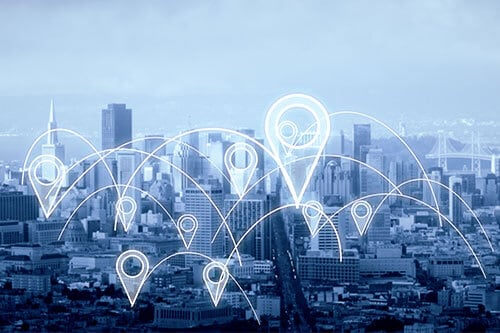 A federal lawsuit claims that Google has generated millions in revenue by secretly storing location data of mobile phone users who believe they’ve opted out of such tracking.

That lawsuit was filed October 19 in the Northern District of California by Franklin D. Azar & Associates and seeks class action status on behalf of iPhone and Android users nationwide whose location information was stored by Google despite their efforts to disable the service.

HOW DOES GOOGLE SECRETLY STORE YOUR LOCATIONS?

A mobile phone’s location is typically tracked by Google whenever the owner uses Google Maps or similar applications. Google’s support page claims that users can turn off the tracking at any time for all devices associated with their Google account. But a recent Associated Press investigation found that Google continued to automatically store time-stamped location data even when users explicitly switched off the “Location History” feature. Users who wished to prevent Google from saving their location data had to disable another setting in their account, a process Google failed to disclose.

A Vanderbilt University research study found that a stationary Android phone communicated location information to Google 340 times during a 24-hour period. Such data is a key component of the personal information Google collects on users to more effectively target its advertising and marketing efforts. In 2017 Google’s advertising revenue amounted to nearly $94.5 billion.

Google responded to the AP’s reporting by changing its disclosures about location tracking, but the complaint states that “Google’s attempt to paper over its misrepresentations and omissions after its deceptive practice of secretly amassing a considerable amount of profitable data…does not absolve it of liability.” The suit alleges that Google’s practice of secretly collecting location data from phone users violates privacy and consumer protection laws.

THE GOOGLE PLUS DATA BREACH

This is a separate class action related to another data breach claim against Google, filed last week by Franklin D. Azar & Associates on behalf of users of the Google+ social network, which exposed the personal data of up to 500,000 users to outside entities because of a software glitch. That complaint seeks class action status on behalf of named plaintiffs in Colorado and hundreds of thousands of other Google+ users whose personal profile information — including their addresses, email accounts, birthdates, and photos — may have been compromised in the data breach.