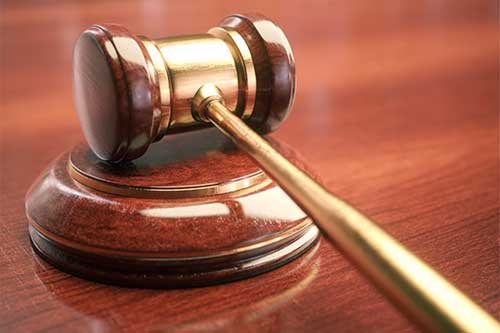 It’s official. Two car accident lawyers at FDAzar have been recognized for obtaining one of the top twenty Colorado plaintiffs’ verdicts in 2018, as compiled by the independent website TopVerdict.com. Firm attorneys Dezarae D. LaCrue and Anna N. Martinez secured a jury verdict of $640,000 on behalf of their client, who was injured in an accident caused by a drunk driver.

The recognition is gratifying, but the story behind that verdict is even more compelling. It’s a story of persistence and determination in the face of an unusual but very serious injury and a recalcitrant insurance company. 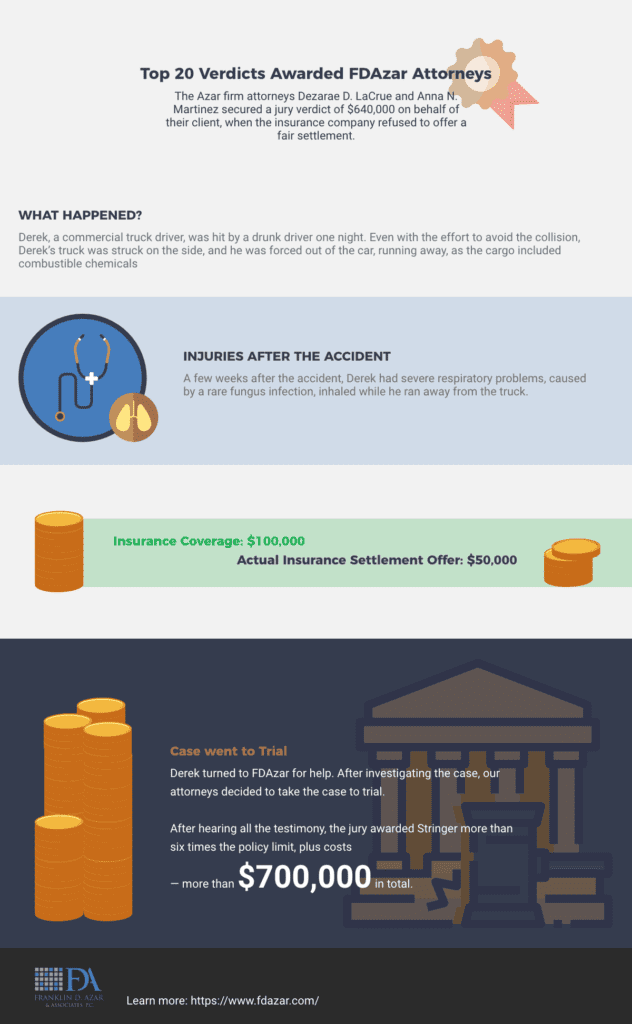 Derek Stringer was working the night shift, driving a commercial truck southbound toward Greeley on U.S. 85, when he noticed the lights of an approaching car veering toward his lane.

Realizing that a head-on collision might prove fatal for the other driver, Stringer steered toward the shoulder. The oncoming vehicle still struck the side of his truck, which was forced off the road entirely and came to a stop in a field. Because his cargo included combustible chemicals, Stringer ran quickly away from his truck.

Injuries after the Accident

Subsequent investigation determined that the other driver was intoxicated. Although Stringer’s injuries initially appeared minor, several weeks after the accident he began to develop respiratory problems.

Doctors at National Jewish Health concluded that he was suffering from blastomycosis, a rare infection caused by a fungus that lives in moist soil. The most plausible explanation for his illness was that he’d breathed in the fungus while running from his truck, through air still thick with the dirt he’d plowed through as he was forced off the highway.

Stringer turned to FDAzar for help. The other driver’s insurance policy had a $100,000 contractual limit on an injury claim. Geico, the insurance company that issued the policy, offered only $50,000 to settle the case.

Instead, attorneys LaCrue and Martinez decided to take the case to trial. After hearing all the testimony, the jury awarded Stringer more than six times the policy limit, plus costs — more than $700,000 in total.

Based on post-trial comments from jurors, LaCrue believes that a couple of key factors strongly influenced the decision, including the intoxicated state of the other driver and the “young, cutting-edge physicians” from National Jewish who took the stand to explain Stringer’s condition.

A Top 20 verdict, and fair compensation for a seriously injured client.