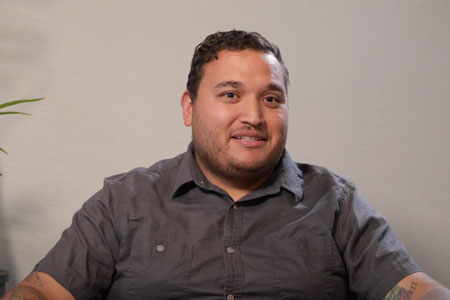 SAM HERNANDEZ: HOW MY SETTLEMENT CHANGED MY LIFE

It can take only seconds for a car crash to turn your life upside down — and months or years of struggle to get things back on track. But for Sam Hernandez, perseverance and the right kind of legal help turned his journey to recovery into a life-altering opportunity.

Hernandez, 28, was on his way home from a friend’s house when his car was broadsided in a Pueblo intersection by another driver who ignored a stop light. The T-bone crash left Hernandez with lower back and knee injuries; even after weeks of rehabilitation, he was unable to perform all his previous duties working as a certified nursing assistant.

Facing the loss of his livelihood and mounting medical bills, Hernandez wondered how he was going to support his family. He turned to the law firm of Franklin D. Azar & Associates — an easy decision to make, he says, having grown up in Pueblo, watching the firm’s founder on television. “We all know who to call after a car wreck,” Hernandez says. “Frank Azar.”

The Azar firm connected Hernandez to doctors who could help him deal with pain management issues and financial specialists who helped address his debts. Azar attorneys obtained a settlement of $100,000 from the at-fault driver’s insurance company, and Hernandez resolved to invest in a new career for himself.

His father had worked as a registered nurse but also had a side business in ice cream trucks; his mother was known as “The Porkchop Lady” because of the grilled meats she sold at a local chili festival. Hernandez decided to buy a food truck, so he could offer street tacos as well as his mom’s pork chops to hungry Puebloans. In just a few months, the Hernandez food truck has become a familiar presence around Pueblo; Sam is also a regular at the Musso Farms farmer’s market.

“Without Frank Azar, I wouldn’t have been able to provide for my family,” Hernandez says. “Frank Azar was able to help me turn this tragedy into a triumph.” 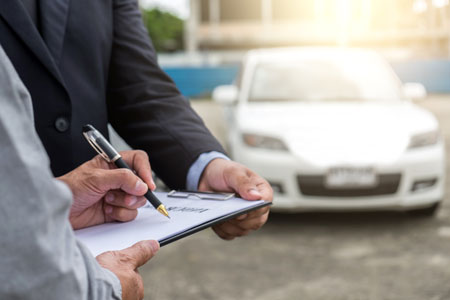 For most of us, insurance is a product we purchase grudgingly, hoping we will never have to use it. Consequently, we often buy as little coverage as possible — for example, insuring a house for far less than its actual replacement value, figuring that a total loss by fire or flood is too remote a possibility to worry about.

But what about car insurance? The likelihood of getting in a car wreck is far greater than that of your house burning down. Surveys by insurance companies indicate that three out of four drivers on the road have been in an at least one accident in their driving careers. In fact, on average drivers will experience at least one crash by the time they are 34 — and three or four accidents over their lifetime.

A serious car wreck can be a life-altering event, costing tens or even hundreds of thousands of dollars in medical bills alone. Yet many drivers lack adequate coverage to protect themselves and their passengers, a problem that’s increased during the economic setbacks of the pandemic. Here are some steps you can take to make sure you’re not one of them.

It’s a good idea at least once a year to review your auto policy with your insurance agent, to determine if the coverage is sufficient. Some drivers may be convinced that they can get by with the minimum liability coverage required by law, which in Colorado amounts to $25,000 per person for bodily injury, with a maximum of $50,000 per incident, and another $15,000 in coverage for property damage. But while that minimum will probably cover the expenses of a minor accident, it’s clearly inadequate for more serious situations, in which medical costs could exceed the policy limits. For not much more than the minimum premium, you can get four times as much coverage: $100,000 per person for bodily injury, $300,000 limit per accident, and $100,000 for property damage. Those with substantial assets to protect should consider increasing the coverage to the maximum amount allowed by their carrier; in most cases, that’s $250,000 per person and $500,000 per accident.

PROTECT YOURSELF FROM OTHER UNDERINSURED DRIVERS

Upping your liability coverage can protect you in accidents for which you might be held liable. But what happens when the other driver is at fault — and has little or no insurance? You can pursue the culpable party in court, but it’s far easier to file a claim with your own insurance company, under your uninsured/underinsured motorist coverage.

Uninsured/underinsured motorist coverage covers your losses from being hit by a driver who does not have insurance, or if the at-fault driver is underinsured. It can help pay for medical bills, lost wages, and other losses caused by the accident. In Colorado, insurance companies are required to offer uninsured motorist bodily injury coverage (UMBI) as part of any standard policy; if you don’t want it, you must formally waive that coverage in writing. But you not only shouldn’t waive it, you should consider increasing the coverage well beyond the minimum.

WHAT THE NUMBERS SAY

Nationally, it’s estimated that 13 percent of all drivers, about one out of every eight, is driving without insurance. Your chances of being in a collision with one of America’s 32 million uninsured drivers are even greater in Colorado, which has a substantially higher rate of uninsured drivers than the national average – closer to 20 percent, by some estimates. And of the 80 percent of the driving public who do have insurance, nearly half of them are carrying only the bare minimum liability coverage. In other words, if you happen to be seriously injured in a crash that wasn’t your fault, the likelihood that the other driver carries no insurance or is underinsured is better than 50-50.

Those may be good odds for a football game or a horse race. When your health and welfare and that of your loved ones are involved, though, the risk is just too great not to be addressed. That’s one point personal injury attorneys and insurance agents agree on: uninsured motorist coverage is a must. 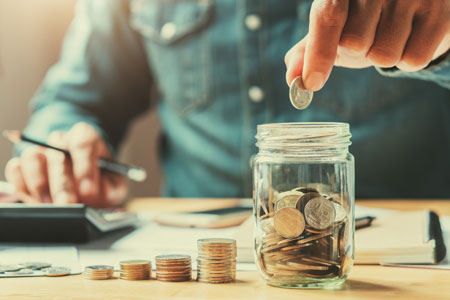 THE BEST WAYS TO SAVE MONEY ON CAR INSURANCE

According to The Zebra, an independent insurance comparison website, car insurance rates continue to rise steadily across the country, with the average rate up 28 percent over the past ten years. Industry analysts say that much of the increase is due to “external forces,” including:

To keep ahead of surging costs, it’s important to shop around and understand how insurance companies come up with the rates they charge, which can vary widely from one person to the next and between vehicles, too. Insurance companies determine your rate based on a variety of factors, including what kind of car you drive, your driving record, and who you are — your age, marital status, even your credit score.

It’s tempting to respond to rate increases by reducing your coverage to the minimum required by law. But that’s a bad idea, for several reasons. A lack of uninsured motorist coverage, for example, can cost you dearly if you happen to be hit by a driver who carries no insurance. Rather than being underinsured and putting your personal assets at risk, here are some of the suggestions The Zebra offers for cutting down on your insurance costs:

THE PERSONAL INJURY LAWYERS AT FDAZAR

For more than thirty years the attorneys at Franklin D. Azar & Associates have helped thousands of injured people obtain complete and timely compensation for their losses. Our proven track record and expertise in serious injury cases have allowed us to grow into the largest personal-injury law firm in Colorado, with offices in Denver, Aurora, Thornton, Greenwood Village, Colorado Springs, and Pueblo. If you’ve been injured in a bus, car, truck, or motorcycle accident, you may be entitled to compensation.  Please call the car accident attorneys at FDAzar day or night at 720-372-1162, or contact us here for a free consultation and no-obligation evaluation of your case.