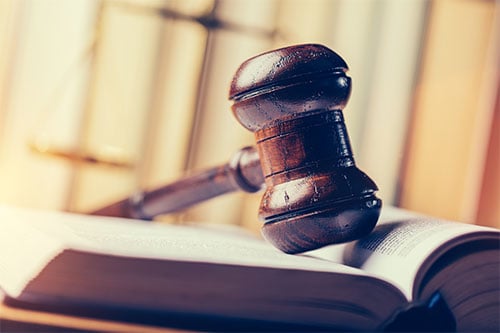 What to Expect in Court for A Car Accident?

Few things in life are as jarring as a car accident. But for some people, the experience of getting involved in the legal system after an accident can be almost as unnerving. Most of us don’t know what to expect if the case ends up “going to court.”

Fortunately, most accident cases don’t end up in a courtroom. The parties, their attorneys, and their insurance companies are able to reach a resolution without a lawsuit ever being filed — and even if the case does result in litigation, the matter is often settled before trial, saving time and expense for everyone concerned.

But if the two sides are unable to agree on a settlement, the case may indeed be headed for court, and you may have plenty of questions.

Here’s what to expect in court for a car accident. 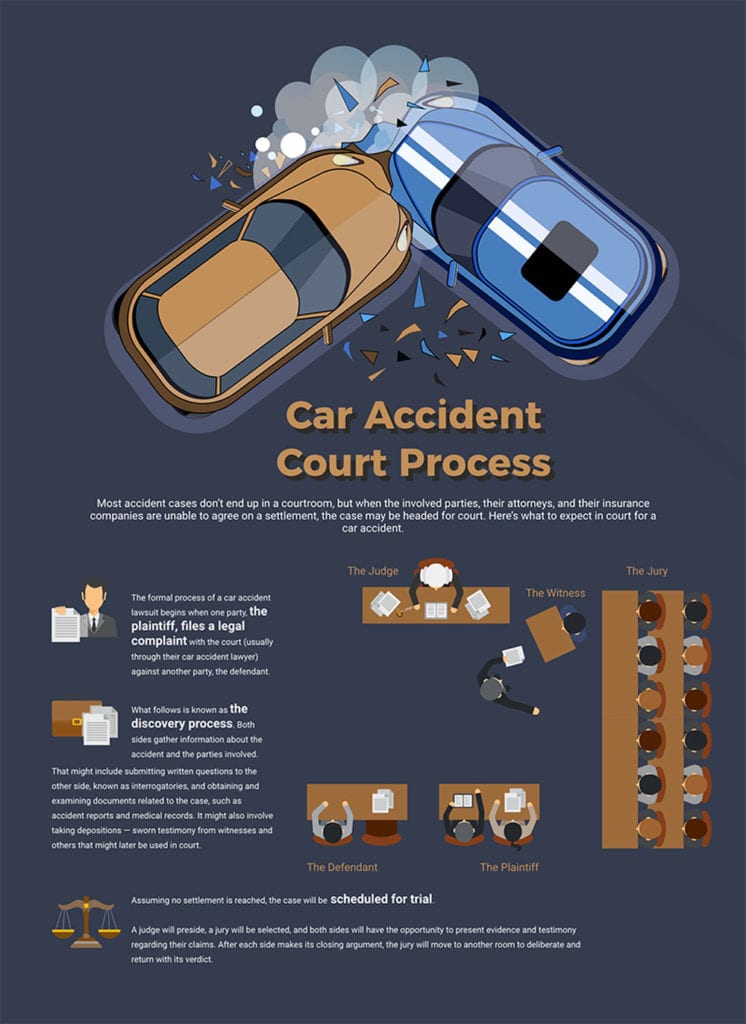 What follows is known as the discovery process. Both sides gather information about the accident and the parties involved. That might include submitting written questions to the other side, known as interrogatories, as well as obtaining and examining documents related to the case, such as accident reports and medical records. In some cases, it might also involve taking depositions — sworn testimony from witnesses and others that might later be used in court.

Assuming no settlement is reached, the case will be scheduled for trial.

A judge will preside, a jury will be selected, and both sides will have the opportunity to present evidence and testimony regarding their claims. After each side makes its closing argument, the jury will move to another room to deliberate and return with its verdict —just like on television courtroom dramas, although not quite as instantaneous.

What Is a Summons?

A summons is basically official notice of the lawsuit, presented to the defendant along with the formal legal complaint.

It informs the defendant that he or she is being sued. The term is sometimes confused with a subpoena, which is a court order requiring a particular individual to present evidence required in a court case – whether it’s a document, a deposition, or testimony at trial.

Why Do Some Cases Go to Trial?

In many cases, there may be general agreement about the facts of the accident and how it came about. But not every case has that kind of clarity.

If there are ongoing disputes about who caused the accident, conflicting accounts from witnesses, or other factual issues, the competing claims may have to be thrashed out in front of a jury.

A trial might also result if there’s an unresolvable dispute with an insurance company over what constitutes fair compensation for injuries resulting from the accident.

Is a Car Accident a Civil or Criminal Case?

A lawsuit filed by one individual against another over a car accident is one form of civil litigation.

In certain accidents, though, the responsible party may also be facing criminal charges for some serious violation of the law, such as driving while intoxicated.

Those proceedings are entirely separate from any civil litigation, though they may involve some of the same witnesses.

What Witnesses Can Expect

Depending on the circumstances, both drivers may end up taking the stand at trial to present their own accounts of the accident. But other people may be called as well, such as bystanders or other drivers who witnessed some aspect of the accident.

As in other types or court cases, witnesses are expected to testify truthfully about what they observed firsthand and avoid speculating about what others saw, said, or did. Not surprisingly, many people don’t have full recall of events that happened months earlier, which is one reason to try to identify witnesses and get statements from them as soon as feasible after the accident.