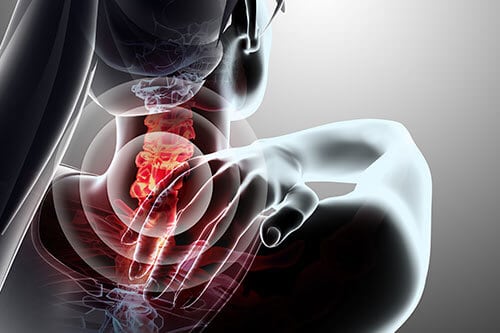 Some Painful Facts About Whiplash Claims

Car accidents can produce many different types of injuries. One of the most common is also one of the least understood: Whiplash Injury. It’s often ignored, belittled or dismissed as, quite literally, a pain in the neck — something annoying but hardly worth bothering about. But whiplash, and the constellation of symptoms associated with it, can turn out to be a bigger pain than drivers realize, and it deserves to be taken seriously.

WHAT IS WHIPLASH INJURY?

Whiplash is an injury that occurs as a result of an impact that produces rapid forward-and-back or sideways movement of the head and neck. Typically, that impact comes from being rear-ended in a car accident, particularly if your vehicle is stationary (such as waiting at a red light) at the time of collision. The acceleration-deceleration force involved resembles the cracking of a whip, which is how the term came into common use 90 years ago.

The sudden movement of the head can damage neck tendons and ligaments. Symptoms of whiplash can include neck and head pain, stiffness, headaches, dizziness, ringing in the ears, pain in the jaws, back, shoulders or arms, or a general sense of tenderness, soreness and fatigue. In many cases, the pain may not be apparent in the immediate aftermath of the accident and may only manifest many hours later – this is often referred as whiplash delayed. Consequently, it’s not unusual for accident victims to decline medical attention right after an accident, only to be complaining about severe neck pain and other symptoms at some later point.

HOW WIDESPREAD IS THE PROBLEM?

Neck injuries are the most commonly reported injury in all U.S. traffic accident claims. According to the Insurance Institute for Highway Safety, such claims figure in up to 65 percent of bodily injury liability claims and account for one-fourth of all the compensation paid as a result of car accident injuries. One overview estimates that total costs related to whiplash in the United States, including lost productivity and litigation costs, can reach $30 billion a year. Once ridiculed as a “fake” injury devised to inflate claims, whiplash is now recognized as a legitimate condition that needs to be addressed. For more than a decade auto manufacturers have been designing head rests and other safety features with the aim of reducing the incidence of the injury.

Some whiplash patients recover in a matter of weeks, but in other cases the condition may persist for months or even years. The first step to treatment is to seek medical attention promptly after any serious car accident, even if you “feel fine” at first. X-rays or an MRI scan may be in order to properly detect and diagnose soft-tissue injuries. Depending on the severity of the injury, treatment might involve the use of a cervical collar to help support the neck or a course of physical therapy designed to increase range of motion. Early detection and treatment are critical and help to avoid complications down the line.

Over the past thirty years the attorneys at Franklin D. Azar & Associates have helped thousands of injured people obtain complete and timely compensation for their losses. Our proven track record and expertise have allowed us to grow into the largest personal-injury law firm in Colorado, with offices in Denver, Colorado Springs, Pueblo, and Trinidad. If you’ve been injured in a car, truck, or motorcycle accident, you may be entitled to compensation. Please call the attorneys at FDAzar day or night at 800-716-9032 or contact us here for a free consultation and no-obligation evaluation of your case.