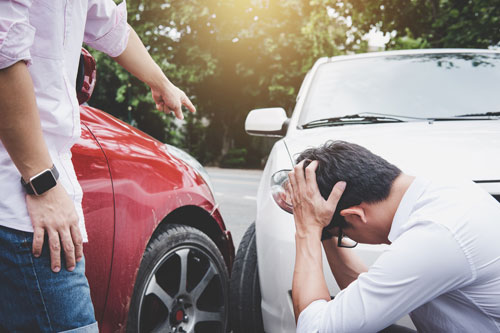 Proving Your Injury Case: What Is Negligence?

Unless you’re the rare person who never complains about anything, you’ve probably used the term “negligent” at some point in your life. For most of us, it’s simply a synonym for “careless.” It might even carry the notion of someone neglecting their professional duty, like a doctor who fails to order necessary tests before embarking on surgery.

But in personal injury cases, the concept of negligence has a very specific meaning. It refers to a legally established standard of conduct; if someone’s actions don’t meet that standard, that person can be found to be negligent, and consequently liable for damages caused by their behavior. The concept is crucial to determining who is at fault in a car crash and can be held responsible for what happened.

The tort of negligence is grounded in the reality that most injury-causing “accidents” aren’t simply a stroke of bad luck for the injured parties. They are the result of someone’s negligence, their failure to exercise a reasonable standard of care. Traffic laws, for example, prohibit speeding, driving drunk, or running red lights — and people who choose to engage in such risky behavior despite the laws may well be considered negligent.

HOW DO I PROVE NEGLIGENCE?

There are several components to a claim of negligence in a personal injury case. First, it must be determined that the defendant owed the plaintiff a legal duty of care — that is, a legal obligation to act with “reasonable care” while doing something that could foreseeably harm others. That legal duty might depend on the relationship between the parties, as when a doctor has a legal duty to provide a patient with competent medical care; a business owner is also expected to exercise reasonable care in keeping the business premises safe for customers. All operators of motor vehicles have a duty to exercise reasonable care while on the road.

Second, it must be established that the at-fault party breached the duty of care by doing something (or failing to do something) that is contrary to what a reasonable person would do in the same circumstances. For example, given that texting while driving takes your eyes off the road, increases the risk of a collision, and could easily be avoided by a prudent driver, a strong case could be made that a hardcore texter’s insistence on texting while driving is a breach of the legal duty of care.

Third, a successful negligence claim has to prove causation, that it was the defendant’s actions that actually caused the injury. This is not always as straightforward as it sounds. It isn’t enough to show that Car A smashed into Car B, resulting in physical injury and property damage. The issue is whether the at-fault party’s negligent conduct caused the collision; in other words, if the driver of Car A had behaved differently, would the harm have occurred? Connecting the dots between negligent conduct and harm is one reason it’s important to do all you can to document your claim in the immediate aftermath of a car wreck.

WHAT HAPPENS IF MORE THAN ONE PARTY IS AT FAULT?

In certain cases, negligent conduct by more than one driver may have contributed to the crash. How courts address those situations vary from state to state. Colorado is known as a “comparative fault” state; a plaintiff must be found to be 50 percent or less at fault for the collision in order to recover any damages, and any verdict at trial can be reduced if the jury finds that the plaintiff was at least partially at fault for the accident.

Insurance companies often assert that the injured person bears some of the fault for an auto accident, thereby greatly reducing or eliminating the damages the company is expected to pay. An accomplished auto accident lawyer often can uncover evidence and argue effectively on your behalf if comparative negligence is asserted as a defense against your claim.