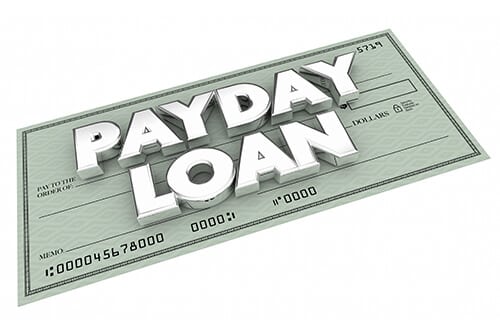 Payday Loans: A Matter of Life and Debt

The unemployment rate is at the lowest it’s been in decades, but our nation’s economy is still more fragile than many people realize. An estimated eight out of ten American workers — close to 95 million people — are reportedly living paycheck to paycheck, with little in the way of cash reserves to tide them over in the event of a financial emergency. And over the course of a year as many as 12 million cash-poor customers will turn to payday loan operations for short-term, ready cash to help them keep up with their bills.

Payday lending is an undeniably controversial and lucrative industry, one that reportedly dispenses $46 billion in loans annually, usually in increments of a few hundred dollars each transaction, and collects around $7 billion in fees. The operators say that the 18,000 quick-loan shops nationwide provide a valuable service at a reasonable cost to people whose circumstances, credit rating, or urgent need makes a bank loan impractical.

But consumer watchdog groups have long been critical of payday loans, characterizing them as abusive and predatory, an arrangement that too often ends up costing financially strapped and desperate customers more than they bargained for. The interest rates for such loans are typically much greater than those for bank loans or credit card advances; they can range from 30 to 300 to even 900 percent, depending on local regulations and how long the loan remains outstanding. An average loan of $400 could cost the borrower around $60 in interest and fees in just over two weeks, twice that by the time a month or two has gone by. But those figures don’t reflect the dilemma faced by those who fail to pay off loans quickly and face a mounting spiral of more loans, interest and penalty fees, overdrafts, collection efforts, and even bankruptcy. One government study found that the average payday borrower remained in debt for nearly 200 days, far longer than the two-to-four-week time frame that the loans are designed for.

The payday lenders say high interest rates are necessary because of the high degree of risk involved in the loans. Nearly one-fourth of the loans end in default.

Some states have imposed strict limits on the annual interest rate that can be charged, capping the rate at 36 percent or less. (In Colorado, a grass-roots group has recently launched a campaign to put an initiative on the November ballot that would seek a similar cap.) According to the Consumer Federation of America, 18 states have set stringent enough caps to effectively ban high-interest lenders from operating there.

Last fall the U.S. Consumer Financial Protection Bureau announced its own tough new restrictions on payday lending, including measures that make it more difficult for the shops to issue loans for amounts more than $500 or to customers that already have one or more outstanding loans. The new rules set off howls of protest from the industry, with some analysts predicting that the action would cut business by as much as 80 percent. Under pressure from lawmakers, the CFPB is now reconsidering the rule.

Industry defenders contend that the loans are used by a wide cross-section of Americans, not just the working poor, and that citing sky-high annual interest rates is misleading, since most loans are paid off in a matter of weeks. In a recent Forbes column, contributor Norbert Michel denounced the new regulations as indicative of an anti-free-market bias: “Individuals should be left free to assess their own needs, circumstances and values — and make their own decisions accordingly. Government should not construct a framework that allows a handful of distant bureaucrats — who are no less prone to error than anyone else — to pick and choose what borrowing options everyone else can and can’t have.”

Yet abuses in the industry continue. A Delaware attorney was recently sentenced to eight years in prison for his role in a payday lending operation that imposed interest rates exceeding 780 percent. The operators of the companies involved had fraudulently claimed ownership by Native American tribes in an effort to evade government scrutiny and usury laws.

The proposed new federal regulations aren’t scheduled to take effect until next year and may well be substantially modified before then. In some cases, consumers have banded together and filed class action lawsuits to challenge abusive industry practices. Others, including the Comptroller of the Currency, are pressing banks to find ways to compete directly with payday lenders in offering short-term personal loans to customers who may not qualify under their traditional underwriting process.

Depending on your access to credit, there are already several alternatives to payday loans that can provide emergency cash at a more manageable cost. The most obvious is to find ways to cut spending, by renegotiating or canceling pricey cable TV or cell phone contracts. Lining up a credit card with an extended 0% APR introductory period, or one that offers an extended window for transferring and paying off balances from other cards, can provide some breathing room, too — although double-digit interest will eventually kick in if you don’t diligently whittle down the debt. Cash advances offered by credit cards come with even higher fees and interest rates and should be avoided.

Another option to explore is a personal loan from your bank — or what’s known as a payday alternative loan, or PAL, if you belong to a federal credit union. Such loans are generally more obtainable than other bank loans but offer a longer period for repayment and less onerous interest rates than payday loans.

The attorneys at FDAzar have a long track record of success in championing the rights of working Americans. We are currently investigating cases involving abusive wage practices, employees whose 401(k) plans have been subject to excessive fees and mismanagement, improper fees charged by investment companies and banks issuing auto loans, and more. If you have suffered damages as a result of unfair business practices or corporate misconduct, the class-action lawyers at FDAzar may be able to help. Speak with a member of our team today or contact us here. The consultation is free.