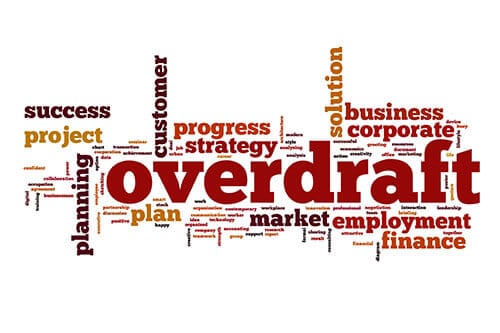 American consumers are accustomed to forking over driblets of their hard-earned cash to the banks that handle their personal accounts, from ATM fees to surcharges for writing too many checks in a given month. But one of the most burdensome fees is also one of the most common — the overdraft penalties assessed when a check or debit card transaction exceeds the available funds in your account.

Overdraft fees have become a lucrative revenue stream for many banks and credit unions, which collected an estimated $34.3 billion from overdrafts in 2017. Complaints about excessive fees and deceptive or misleading policies designed to boost overdraft penalties have prompted a series of class-action lawsuits against several large financial institutions and cast a spotlight on some of the more outrageous practices.  If you have been improperly charged an overdraft fee — or, in some cases, multiple fees on the same transaction — you, too, may have a claim against your bank.

WHAT ARE OVERDRAFT FEES?

Overdraft fees occur when a bank customer doesn’t have enough money in his or her checking account to cover a transaction.

The overdraft can be the result of a bounced check, a debit card purchase, automatic bill payments, or an ATM withdrawal. Many banks offer what they call “overdraft protection” as a service, but it’s actually a fee — signing up for such protection authorizes the bank to process the transaction and charge you a fee instead of rejecting it.

The practice can provide consumers with ready access to funds when needed, but financial institutions typically charge a stiff fee (median charge: $34) for this service in addition to requiring repayment of the deficit in the account.

Since 2010, federal regulators have required that banks must obtain consumers’ consent before enlisting them in overdraft protection. Those who choose to waive the coverage could still end up being assessed “non-sufficient funds” fees for transactions that exceed their available balance.

At first glance, overdraft fee policies can seem straightforward enough. The bank is clearly entitled to reimbursement for advancing funds to cover a customer’s transaction, and the customer should expect to pay something for that privilege.

But the hefty fees involved make the overdraft business particularly painful for working class, paycheck-to-paycheck bank customers, the ones who can least afford it. According to a report by the Consumer Financial Protection Bureau, the majority of debit card transactions subject to overdraft fees were for $24 or less.

More than half of consumers pay off those negative balances within three days, but they’re still socked with a fee of around $34, all for the privilege of “borrowing” $24 for 72 hours. If the fee was interest on a loan, it would have an annual percentage rate of seventeen thousand percent!

How the bank or credit union chooses to handle overdraft situations can also influence how much the consumer ends up paying.

Some banks have been known to submit an overdrawn check for processing two or three times over several days, racking up multiple penalties on what is essentially the same transaction.

SOME NOTABLE LAWSUITS AND SETTLEMENTS

Pursuing individual claims in response to improper overdraft fees can cost more than most consumers could ever expect to recover. But many stung by overdraft fees have chosen to band together in class action lawsuits, seeking recovery of excessive fees and attempting to get banks to change their overdraft practices.

Among some recent cases:

FDAzar is one of the largest plaintiff law firms in Colorado, known for championing the rights of individuals who have suffered damages at the hands of large corporations.  Over the past 30 years, our attorneys have secured more than $1.5 billion in compensation for our clients, including more than $750 million from Walmart in a wage and hour dispute that involved hundreds of thousands of class action participants and litigation in 26 states.

Our class action department is staffed with experienced and knowledgeable attorneys who focus on litigating large, complex cases. We are currently investigating cases involving abusive wage practices, employees whose 401(k) plans have been subject to excessive fees and mismanagement, improper fees charged by investment companies and banks, data security issues affecting Facebook users, and  more. If you have suffered damages as a result of unfair business practices, data breaches, or corporate misconduct, the class action attorneys at FDAzar may be able to help. Speak with a member of our class-action team today or contact us here. The consultation is free.