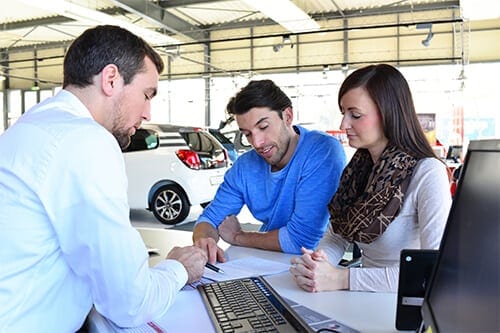 Thousands of motorists who financed their cars through Wells Fargo over the past decade may be entitled to compensation for being forced to buy insurance they didn’t need or for other fees that weren’t properly refunded. Two separate class-action lawsuits filed by Franklin D. Azar & Associates are seeking refunds for bank customers of the improper charges, and class members may be entitled to additional compensation for other damages caused by Wells Fargo’s actions.

In a practice stretching from 2006 to 2016, Wells Fargo required customers seeking car loans to take out insurance policies to protect the vehicles’ value in the event of damage. Such policies are known as “force placed insurance.” The Wells Fargo auto insurance, underwritten by different contractors, tended to be more expensive than the applicant’s own auto insurance — and, in many cases, it turned out to be difficult to waive the requirement, even when the borrower produced proof of insurance. As a result, auto loan customers ended up paying for duplicative insurance they didn’t need. Even worse, many customers were unaware that the insurance costs were bundled into their monthly loan payments, which were typically arranged through an automatic payment system; the unexpected costs drove loans into delinquency, burdening the borrowers with fees and interest, bad credit scores, and even the loss of their cars to repossession. According to a report in the New York Times, over just a four-year period, the force placed insurance requirements led to more than 250,000 loan delinquencies and at least 20,000 wrongful car repossessions. An internal Wells Fargo report estimated that refunding premiums improperly charged to customers would cost around $73 million. But that figure doesn’t account for all the other costs involved – for example, the time frustrated customers spent trying to get the insurance charges removed; dealing with the damage to their credit rating; costs associated with the loss of their vehicles; falling behind in other bills because of the unexpected costs of the car loan, and so on. Last year attorneys at FDAzar, along with several law firms across the country, filed a class-action lawsuit against Wells Fargo Dealer Services and National General Insurance. In addition to a refund of the wrongly charged insurance premiums, class members may be entitled to compensation for other damages caused by Wells Fargo’s actions, including damage to your credit. Important Notice: If you receive a check from Wells Fargo for an insurance refund, you should speak to an attorney immediately before cashing it. You could be signing away your right to participate in the class-action lawsuits or to receive additional compensation for your damages. If you receive a Wells Fargo settlement check, click here to contact our class action lawyer right away and be informed about your rights.

In a separate class-action lawsuit, Wells Fargo customers claim that the banking giant failed to refund other fees collected in connection with auto loans, in violation of state consumer protection laws. The lawsuit was filed earlier this year by FDAzar and two other law firms on behalf of fifteen named plaintiffs in fourteen states and “all others similarly situated.” Each of the plaintiffs took out car loans from Wells Fargo and paid fees, ranging from $300 to $895, for the bank’s Guaranteed Asset Protection service, or GAP. The fees are supposed to protect the customer from owing the bank money in the event that the car is totaled in an accident or stolen before the loan is paid off. However, Wells Fargo is contractually obligated to refund a pro-rated portion of the payment if the GAP coverage is terminated earlier than expected — which can happen if the customer pays off the loan early or if the vehicle is repossessed by the lender. But instead of promptly refunding fees in the event of an early termination of the loan, the lawsuit states, “Wells Fargo sits back and keeps the funds for itself, knowing full well that consumers are usually unaware or forget they are entitled to a refund of the unused portion of their prepaid GAP fees.” You may have a claim against Wells Fargo if you purchased GAP insurance on an auto loan financed through Wells Fargo and believe that Wells Fargo has not refunded fees for the unused portion of that insurance. Contact FDAzar immediately.

HOW TO JOIN THE WELLS FARGO CLASS ACTION LAWSUIT

If you financed a car loan with Wells Fargo, or prepaid for GAP coverage of the loan, you may be entitled to compensation. You can find more information about the force placed auto insurance lawsuit and the GAP fee lawsuit on our website. To determine if you have a claim, speak to a member of our class action lawyers today. The consultation is free. For more than 30 years, the attorneys at FDAzar have protected the rights of individuals who have suffered damages at the hands of large corporations. We have recovered over $1.5 billion for our clients, including $750 million from Walmart in a wage-and-hour dispute that involved litigation in 26 states. Our class-action department is staffed with experienced and knowledgeable attorneys who focus on litigating large, complex cases.