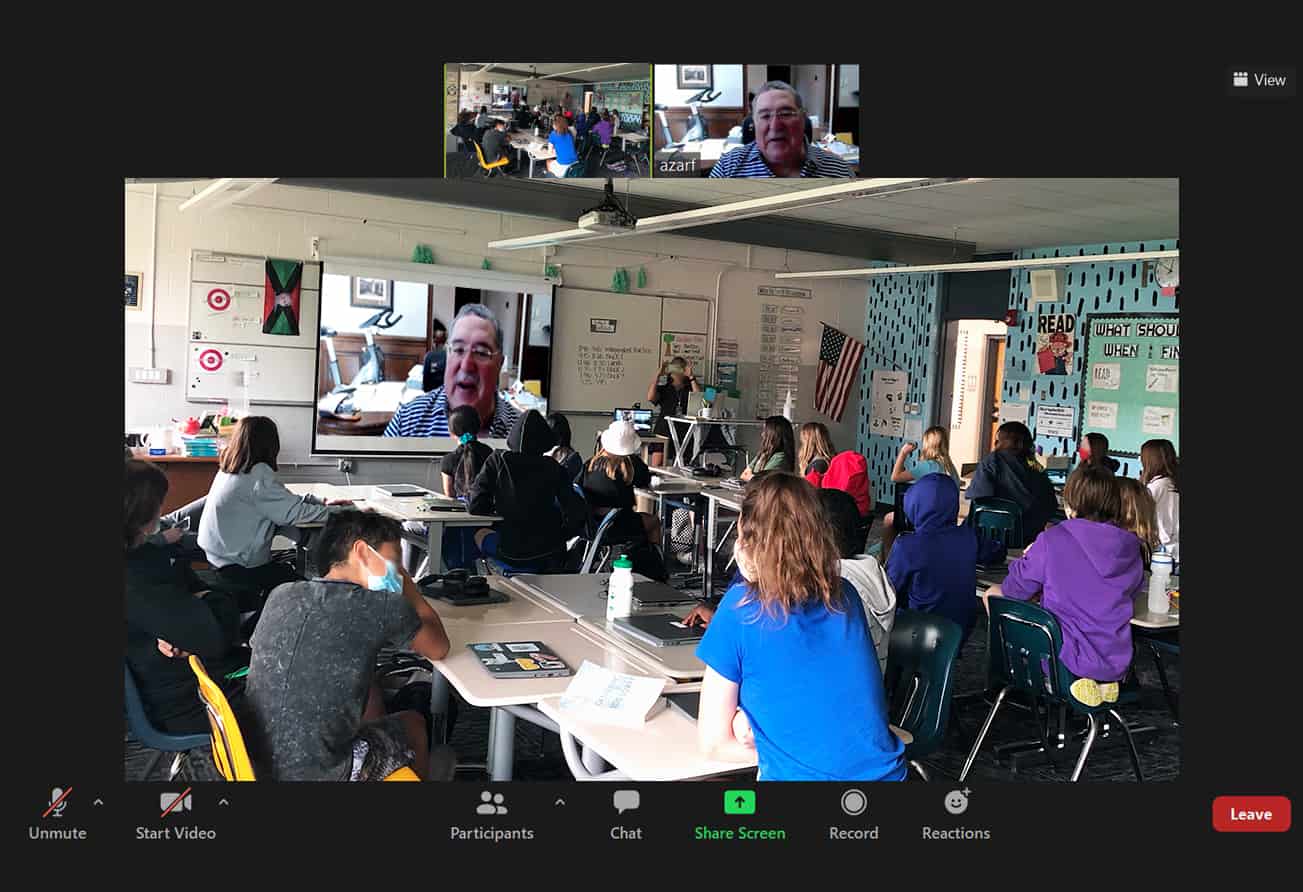 After a school year that’s been tough on students everywhere, a group of sixth graders at Nevin Platt Middle School in Boulder welcomed a surprise special guest in the last week of the semester: attorney Frank Azar.

That’s right. You don’t have to be of driving age to be a huge fan of The Strong Arm. The Platt Middle School students had become close observers of the Azar firm’s advertising, discussing it in class as a case study in the art of persuasion. Some had even adopted Strong Arm materials as their screensavers. When their teachers reached out to see if Azar would send the sixth graders an encouraging voice message, the attorney offered to visit with the students and take questions.

Appearing by Zoom, Azar was greeted enthusiastically and fielded questions about his background and career, the size of his advertising budget, and why he’s called The Strong Arm. On the latter point, Azar explained that he was advised many years ago to come up with a memorable nickname in order to stand out. “I didn’t like it at first,” he said. “But we went ahead and did some commercials, and we decided to stick with it. It’s a way for people to remember who you are.”

Asked why he became an attorney, Azar noted that his father was a lawyer in Trinidad, Colorado. “I decided I wanted to be a lawyer in the sixth grade,” he recalled. “I’ve always liked the law, and I like helping people. That’s the best part of being a lawyer.”

He added that he found representing injured people to be particularly satisfying because his work helped them on the path to recovery. “You get to do good things and battle big corporations and nasty insurance companies, so it’s pretty rewarding,” he said.

He urged students who were interested in pursuing a career in the law to get involved in public speaking and debate and choose their courses carefully. “It’s a long process,” he said. “I’ve been doing this for 38 years. That’s a long time, isn’t it?”

The next day, Azar made another surprise Zoom visit with third graders at Rolling Hills Elementary in Aurora, at the invitation of their teacher. The attorney answered questions, swapped jokes, and wished everyone a good summer before heading on to other meetings with attorneys and clients.

Asked what his average day was like, Azar laughed. “There’s no average day for me,” he said. “It’s always different.”