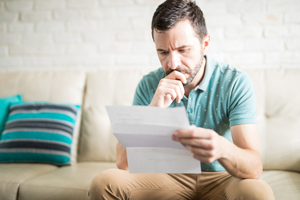 The law firm of Franklin D. Azar & Associates, a leading class action firm for more than 30 years, is currently investigating a serious data breach at GEICO and its consequences for those whose personal data was put at risk. The breach allowed hackers to steal customers’ driver’s license numbers, a key piece of personal information that can be used to commit identity theft and fraud. Last April GEICO, one of the country’s largest auto insurance companies, announced that “fraudsters” had gained access to its customer accounts for more than a month – between January 21, 2021, and March 1, 2021 – and obtained customer driver’s license numbers. The number of customers whose personal data was compromised has not been disclosed; however, the company did send a notification letter alerting customers about the breach, as required by California law. Many state agencies have reported a surge in fraudulent unemployment claims during the coronavirus pandemic, often tied to stolen driver’s license numbers. The Frank Azar law firm and Frank Sims & Stolper LLP represent plaintiffs in a putative class action lawsuit filed in the U.S. District Court for the Southern District of California. You may have a claim against GEICO if you were a customer in 2021, a California resident, and you received a letter from GEICO notifying you that your account may have been compromised. For a free, no-obligation consultation on your case, contact the class action lawyers at Franklin D. Azar & Associates immediately at 855-622-7613 or email us at DATABREACH@FDAZAR.COM 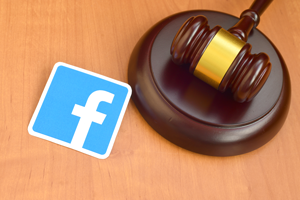 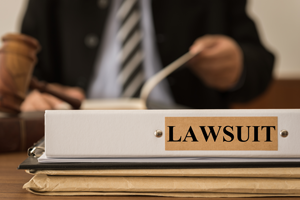 Lawsuits brought by unhappy investors against two major financial services companies have survived significant court challenges in recent months, clearing the way for the plaintiffs to pursue claims that the companies breached their duties to their clients and profited at their expense. The companies, Edward D. Jones & Co. and Raymond James & Associates, allegedly breached their duties by converting customer accounts from commission-based to fee-based, regardless of the suitability of such a move. Clients with a “buy and hold” investment strategy claim that the new fees adversely impacted their investment; in the Edward Jones case, there are also claims that, in certain instances, the company replaced customer investments with lower-performing Edward Jones proprietary products. Last month a federal judge denied a motion by Raymond James seeking to dismiss the lawsuit brought against the company by Kimberly Nguyen on behalf of putative class members, filed in the United States District Court for the Middle District of Florida. Nguyen alleges that a Raymond James representative advised her to transfer her assets into a fee-based account without conducting a suitability analysis. “As a result of the switch in account types, Plaintiff and putative class members were charged far higher fees than the modest per-transaction commissions,” U.S. District Judge Charlene Edwards Honeywell observed in her ruling, “and Raymond James profited significantly at their expense.” Judge Honeywell’s order concludes that Nguyen has sufficiently pleaded causes of action “for breach of fiduciary duty and negligence against Raymond James [emphasis added]” and can proceed. The law firm of Franklin D. Azar & Associates is one of two firms representing Nguyen and the putative class members. The Frank Azar firm has also been appointed co-lead counsel in the case brought against Edward D. Jones & Co. in the U.S. District Court for the Eastern District of California. In that action, the U.S. Ninth Circuit Court of Appeals has reversed the district court’s order finding that the case was pre-empted by SLUSA, the Securities Litigation Uniform Standards Act. That decision is now on appeal to the U.S. Supreme Court. The standard of care for broker-dealers imposes several obligations on companies such as Edward Jones and Raymond James, including undertaking reasonable diligence to ascertain the customer’s investment profile; having a reasonable basis to believe that a recommended transaction or investment strategy involving securities is suitable for the customer; and making only those recommendations that are consistent with the customer’s best interest.

Franklin D. Azar & Associates is well known in the class-action community. For over 30 years, our attorneys have protected the rights of individuals in battles against big corporations, and during that time have secured more than $2.3 billion in compensation – including over $750 million from Walmart in a wage and hour dispute that spanned 26 states. FDAzar has been involved in major cases against many other large corporations, including Facebook, Google, Marriott, Discover, Toyota, Hewlett Packard, British Petroleum, drug manufacturers, medical device manufacturers, and 401k providers. Our class action department is staffed with experienced and knowledgeable attorneys who focus on litigating large, complex cases on behalf of consumers, employees and investors who have suffered losses. For a free, no-obligation evaluation of your case, contact us today.