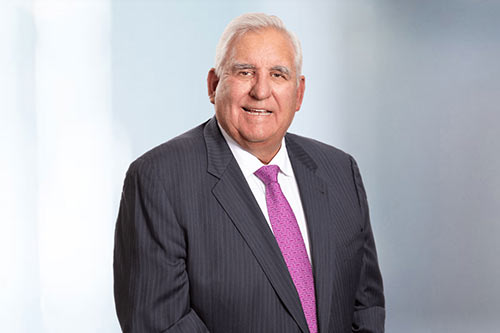 Senior attorney Bob Turner has been named the 2020 recipient of the Steven R. Bristol Memorial Award, bestowed by the Workers Compensation Education Association in recognition of an individual for “tireless and outstanding work on behalf of injured workers.”

The WCEA is the leading advocate group for the rights of injured workers in Colorado, comprised of more than a hundred attorneys who specialize in worker compensation law. The biannual award is named in honor of Bristol, an attorney and longtime administrative law judge. Turner accepted the award at the annual WCEA membership meeting last month.

“It is indeed an honor,” Turner said of the award. “Steve was a fierce advocate for injured workers as a claimant’s attorney and a no-nonsense judge during his tenure on the bench. To be honored by my peers for my dedication to fighting for the benefits that the injured worker richly deserves in our state is an award I will always look upon with gratitude.”

Hailed by his colleagues as the dean of Colorado worker compensation lawyers, Turner received his law degree from the University of Denver in 1973. He has tried more than 2000 cases and played a major role in establishing the Colorado Bar Association’s Workers Compensation Section and the WCEA. In 2002 he received the CBA’s Lansford F. Butler Award (named after his mentor) for his service. His firm, Turner, Roepke & Mueller, joined forces with Franklin D. Azar & Associates in early 2020.