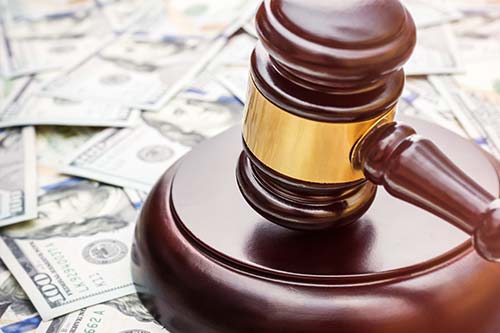 A painful and harrowing episode in the life of a 63-year-old former airport security employee came to a resolution in a Jefferson County courtroom last week. On March 31, 2021, after a three-day trial, a jury awarded Raphael $2.75 million in damages for the injuries he suffered in a devastating car crash two years ago.

Raphael was represented by Natalie Brown and Joseph Sirchio, senior attorneys at the law firm of Franklin D. Azar & Associates.

In April 2019, Raphael was driving along a busy highway detour route when a head-on collision resulted in life-altering injuries. He was hospitalized for weeks with a broken sternum, fractured ribs, a bruised heart and lungs, and numerous other broken bones. The most severe injuries were to his left leg, including what a trauma surgeon described as the worst fracture of the femur (thighbone) that he’d ever seen.

Facing mounting medical bills and extensive rehabilitation, Raphael turned to the Azar law firm for help. Attorneys representing the other motorist’s insurance company disputed that the other driver was at fault and rebuffed efforts to settle the case for the policy limits. The Azar team brought in accident reconstruction investigators, who concluded that the other driver had been on the wrong side of the road when the crash happened, as well as medical experts who could attest to the severity of Raphael’s injuries.

After hearing the evidence, the jury found in Raphael’s favor. The award includes $775,000 for economic losses, based on his medical costs and lost wages; $500,000 for non-economic losses, including pain and suffering; and $1.5 million for impairment, reflecting the ongoing physical limitations he faces, including using a cane to walk.

“He’s a really tough guy,” attorney Sirchio says of his client. “He persevered though some horrific injuries and is doing his best to get on with his life.”

“We’re grateful for the time and attention the jury gave to this case,” adds Brown. “The verdict will compensate our client for the significant physical changes that can’t be fixed.”

Franklin D. Azar & Associates is the largest plaintiff-centered personal injury law firm in Colorado, with offices in Denver, Aurora, Thornton, Greenwood Village, Colorado Springs, and Pueblo. Over the past thirty years the Azar firm has represented thousands of injured people seeking complete and timely compensation for their losses.