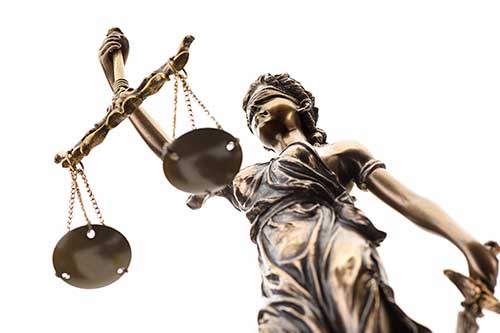 Almost four years ago, a car crash caused by another driver’s carelessness left Richard with serious injuries and mounting medical bills. But thanks to his determination and that of his attorneys at Franklin D. Azar & Associates, Richard’s path to recovery is no longer as uncertain as it once was. On October 8, 2020, an Arapahoe County jury awarded him $150,000 in damages in his personal injury case — more than three times what the other driver’s insurance company had offered to settle the case before trial.

Richard’s ordeal began one evening in January 2017, when he was driving on I-225 in Aurora. Another driver attempting to change lanes swerved into his vehicle, striking the passenger door, then collided with another car. Richard, who owns his own construction and home repair company, suffered a serious spinal injury from the impact as well as persistent numbness in his left arm.

The defendant driver’s insurance company made what is known as a statutory offer of settlement of $43,580. Under Colorado law, if a plaintiff rejects a defendant’s offer for pretrial settlement and then fails to recover more than that amount at trial, the defendant can be awarded actual costs accrued after that offer of settlement. But having already incurred more than $23,000 in medical bills and facing the prospect of costly back surgery, Richard decided to reject the offer and proceed to trial, even though his day in court was delayed by procedural issues and the pandemic shutdown.

FDA attorney Zach Balkin says Richard was a powerful witness on his own behalf, explaining how the injuries from the crash had affected his ability to ride motorcycles and limited other pursuits he once enjoyed. “I told him, ‘Rich, just be you,’ and he just kind of opened up,” Balkin says. “It helped that we had a lot of facts in our favor.”

A former chief deputy district attorney, Balkin has prosecuted dozens of criminal cases, but this was his first civil case to go to trial. He praises the valuable work of his co-counsel, Azar attorney Joseph Sirchio, and the care and concern shown by the jury that heard the case. “They asked very smart questions,” he says. “They were paying attention.”

After deliberation, the jury awarded Richard $24,000 in medical costs, $26,000 for impairment, and a policy limit of $100,000 in non-economic damages, for a total of $150,000. Balkin says he will be pursuing pre- and post-judgment interest as well, which could raise the final amount of the award significantly. His client, he says, “will finally be able to get the surgery he needs and feel better after several years of suffering.”

Over the past thirty years Franklin D. Azar & Associates has represented thousands of injured people seeking complete and timely compensation for their losses. The firm is the largest plaintiff-centered personal injury law firm in Colorado, with offices in Denver, Aurora, Greenwood Village, Colorado Springs, and Pueblo.