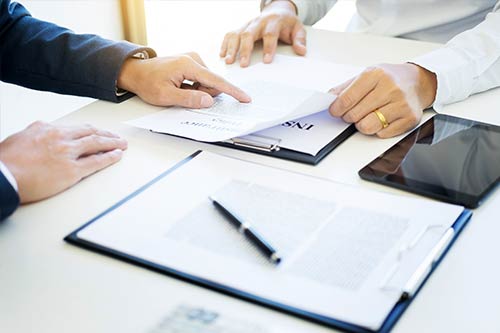 Why Uninsured Motorist Coverage Is a Smart Investment

Car insurance rates seem to go up a lot more often than they go down — even if you’re a driver with a spotless record. People looking for ways to save money might consider reducing their coverage as one solution. But when it comes to insurance, it’s possible to be penny-wise and big-bucks-foolish.

What might be the best deal in your entire insurance portfolio is also one of the most affordable options out there, typically costing no more than the price of one or two fancy coffee drinks a month. It’s called uninsured motorist coverage, and it can provide you with vital protection against financial disaster when other drivers fail to do the right thing.

What Is Uninsured Motorist Coverage?

Uninsured motorist coverage covers your losses from being hit by a driver who does not have insurance. Depending on the specifics of the coverage, it can help pay for medical bills, lost wages, replacement services you’re unable to perform (such as housecleaning), and other losses caused by the accident. It can also come to the rescue if the at-fault driver is underinsured — that is, the driver has insurance, but the damages caused by the accident exceed the liability policy limits.

There are two basic types of uninsured/underinsured motorist coverage, one for bodily injury coverage (known as UMBI), which covers medical costs and related expenses, and one for property damage (UMPD).

In Colorado, insurance companies are required to offer UMBI as part of any standard auto policy; if you don’t want it, you must formally waive that coverage in writing. In addition, you can choose to purchase UMPD insurance to cover damage to your car caused by an uninsured driver, but that property damage can also be addressed through collision and comprehensive coverage you may already have. The critical investment is the UMBI coverage to help with medical and related costs; in most cases, there are many strong reasons not to waive that coverage.

Why Do I Need Uninsured Motorist Coverage?

The most compelling argument for having uninsured motorist coverage is the alarming number of drivers on the road who don’t carry any insurance at all. Yes, state laws require all drivers to carry insurance on their vehicles. But the Insurance Research Council estimates that around one in eight drivers on the road is driving without insurance. If you happen to be in a crash caused by one of those uninsured drivers and you don’t have UMBI, you may be forced to sue the other driver in an effort to pay your medical bills — and chances are good that, if the other driver can’t afford insurance, you’re not going be able to recover much of your losses. It’s a lot simpler and much less risky to submit a claim through your own insurance company than to pursue court action against a stranger.

Some drivers turn down uninsured motorist coverage because they think their health insurance will cover everything if they’re injured by an uninsured driver. But keep in mind that the UMBI coverage has been specifically designed for this situation; you don’t have to mess around with co-pays and high deductibles, and the coverage extends to areas that health insurance doesn’t, such as claims for lost wages and pain and suffering. It can also cover medical and related expenses if you happen to be injured as a pedestrian (or while on a bike or scooter) by an at-fault, uninsured driver.

How Much Does It Cost?

Here’s the best part. Rates vary from state to state, of course, but one survey estimates that the typical uninsured motorist coverage premiums range from $33 to $76 a year. That works out to about the cost of one trip to Starbucks a month, or mere pennies per day.

With the base rate so cheap, increasing the coverage is an attractive option as well. In Colorado, the amount of the uninsured motorist coverage can’t be higher than your liability limits. The minimum liability coverage required by law amounts to $25,000 per person for bodily injury, with a maximum of $50,000 per incident, and another $15,000 in coverage for property damage. But since medical costs can easily exceed these totals, you should seriously consider signing up for what’s known as 100/300/100 coverage: $100,000 bodily injury coverage, $300,000 limit per accident, and $100,000 property damage. The 100/300/100 option gives you four times the amount of liability coverage but usually doesn’t cost that much more than the minimum. It also raises the premium for uninsured motorist coverage only by a few extra macchiatos, to a range of $86-$134 a year.

Peace of mind for around two bucks a week? Thirty cents a day? That’s remarkably inexpensive for the best protection available from drivers who have declined to carry the necessary protection themselves.

The Car Accident Lawyers at FDAzar

For more than thirty years the car accident attorneys at Franklin D. Azar & Associates have helped thousands of injured people obtain complete and timely compensation for their losses. Our proven track record and expertise have allowed us to grow into the largest personal-injury law firm in Colorado, with offices in Denver, Greenwood Village, Aurora, Colorado Springs, and Pueblo. If you’ve been injured in a car, truck, or motorcycle accident, you may be entitled to compensation. Please call the attorneys at FDAZar day or night at 720-372-1162 or contact us here for a free consultation and no-obligation evaluation of your case.