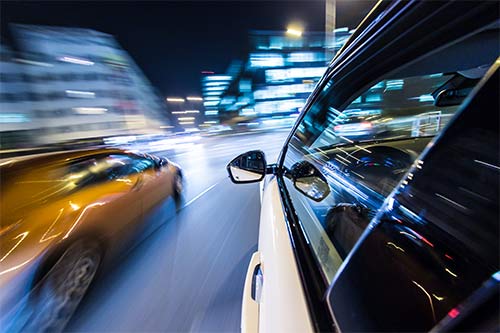 The outbreak of COVID-19 early last year led to a dramatic reduction in the number of cars on the road — but it also resulted in more traffic accidents and deaths. In fact, 2020 is shaping up as the worst single-year increase in motor vehicle deaths in the U.S. in close to a century, an unexpected outcome that experts are struggling to understand.

With fewer people driving during the pandemic because of restrictions on travel and business operations, one would expect that the rate of accidents would go down, along with the traffic. Early data suggested that was exactly what was happening. Total traffic volume in the U.S. plunged 16% during the first half of 2020, and preliminary figures indicated that traffic deaths were declining, too. But by the second quarter the fatality rate was up 30% over the previous year, breaking a three-year downward trend.

The National Highway Safety Administration estimates that the number of people killed on America’s roads rose 4.6% in the first nine months of 2020 compared to the same period in 2019. The National Safety Council figures, which include deaths on private roads, are even higher; the NSC estimates that 42,060 people died in crashes in all of last year, an 8% hike over 2019 — and the largest single-year jump since 1924! Another 4.8 million people were injured in crashes.

Why such a spike, when most of us were staying home as much as we could? It’s not an easy phenomenon to explain, but NHTSA officials have blamed at least part of the increase on “risky behavior” by motorists stressed or bored by pandemic restrictions. With less volume on the roads and less of a law enforcement presence, more people apparently engaged in speeding and reckless driving; reports suggest a 22% increase in vehicle speeds in some cities during the pandemic. And data from trauma centers indicate that more people injured in accidents had drugs or alcohol in their systems. In a typical year, approximately half of those taken to emergency rooms after accidents are found to have consumed drugs or alcohol; last year the figure was closer to two out of three.

“It is tragic that in the U.S., we took cars off the roads and didn’t reap any safety benefits,” said Lorraine M. Martin, president and CEO of the National Safety Council, in a statement announcing the figures. “These data expose our lack of an effective roadway safety culture.”

The NSC has called for a number of measures to help reduce traffic deaths, including mandatory ignition interlocks for those convicted of drunk driving; lowering speed limits; banning cell phone use while driving; and primary enforcement of seat belt laws.

For more than thirty years the attorneys at Franklin D. Azar & Associates have helped thousands of injured people obtain complete and timely compensation for their losses. Our proven track record and expertise have allowed us to grow into the largest personal-injury law firm in Colorado, with offices in Denver, Aurora, Greenwood Village, Thornton, Colorado Springs, and Pueblo. If you’ve been injured in a bus, car, truck, or motorcycle accident, you may be entitled to compensation.  Please call the car accident attorneys at FDAzar day or night at 800-716-9032 or contact us here for a free consultation and no-obligation evaluation of your case.