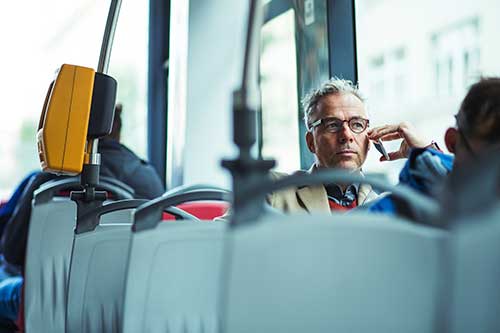 What To Do If You Are Injured In A Bus Accident?

Statistically, bus accidents happen far less frequently than many other kinds of traffic incidents. But that’s little consolation if you happen to be a passenger on a bus when a crash does occur.

In fact, because of the way buses are configured, a bus accident can produce more serious injuries than if you were a passenger in a car. Buses typically lack seat belts and air bags. They have a higher center of gravity and are more prone to rollover crashes than other forms of transportation.

Dealing with the aftermath of a bus injury can also present complex legal challenges; here are some steps you should take to protect yourself if your bus trip came to an unscheduled stop.

Taking Stock After the Bus Accident

If you are involved in a bus accident, the first thing to do is remain calm.

Go through the same checklist of immediate actions you would take in any car accident, starting with checking for injuries. Symptoms may not surface right away; even if you merely feel “shook up,” it makes sense to get examined by paramedics.

In most cases, the bus driver will summon emergency personnel and the police. But if the driver is also injured or seems reluctant to inform authorities, don’t hesitate to call 911 yourself.

It’s important that the injured receive medical attention right away and that an accident report is generated to protect any claim you might have for injuries resulting from the accident.

If your own injuries don’t require an immediate trip to the emergency room, there are additional steps you can take “on scene” to document the accident that could prove useful down the line.

These include gathering names and contact information for the bus driver, other bus passengers, the drivers of any other vehicles involved in the crash, witnesses who may have seen how the crash occurred, and the investigating officer. You can also use your cell phone to take photos of the damages and the surrounding scene.

Liability Questions: Who Is At Fault?

Determining who’s at fault in a bus accident isn’t always an easy matter. There may have been multiple vehicles involved, or pedestrians or bicyclists as well. The police investigation may conclude that more than one “responsible party” is involved.

When the Bus Driver Is Not At Fault:

If it turns out that the crash was caused solely by the driver of a car or truck that struck the bus, then an injured bus passenger can file what’s known as a “third-party claim” against the responsible driver’s insurer, seeking reimbursement for medical bills and other damages. The case proceeds from that point like any other personal-injury claim.

When the Bus Driver Is At Fault:

But if it turns out that the bus driver caused the crash or is found to be partially at fault, the process for filing a claim may be more complicated.

The bus company may be a charter operation or privately owned. If it’s a form of public transportation, it’s probably operated by a school district or city or regional transit agency — which may well be subject to a different set of rules when it comes to pursuing an injury claim.

Can You Sue A Public Transit Agency?

Any business that is licensed to transport passengers on regular routes for a set fee is known as a “common carrier.” Under the law, common carriers are required to meet certain safety and operational standards, known as a “duty of care.” If they fail to provide that duty of care — because the driver is intoxicated or negligent, for example, or the equipment is poorly maintained or defective — then they may well be liable for damages in the event of an accident.

The situation is more challenging when the bus company is a government entity.

Although courts have generally recognized that local and federal government agencies have a form of immunity against some kinds of lawsuits, injury claims can be made against them. But such claims usually have to be pursued under various restrictions, with certain forms and notices of claim that have to be filed in a timely manner. If you fail to comply with the procedures and deadlines required, your claim may be dismissed.

Given the complexities involved in pursuing an injury claim resulting from a bus accident, it’s a good idea to consult with an experienced personal injury lawyer early in the process. A knowledgeable attorney can review the facts of the accident and the insurance coverage of the at-fault parties, investigate any liability on the part of the bus company and the restrictions on claims against the company, and provide the expert help you need for your claim to be successful.

THE PERSONAL INJURY LAWYERS AT FDAZAR

For more than thirty five years the personal injury lawyers at Franklin D. Azar & Associates have helped thousands of injured people obtain complete and timely compensation for their losses. Our proven track record and expertise have allowed us to grow into the largest personal injury law firm in Colorado, with offices in Denver, Greenwood Village, Colorado Springs, and Pueblo. If you’ve been injured in a bus, car, truck, or motorcycle accident, you may be entitled to compensation. Please call the personal injury attorneys at FDAzar day or night at 720-372-2824 or contact us here for a free consultation and no-obligation evaluation of your case.