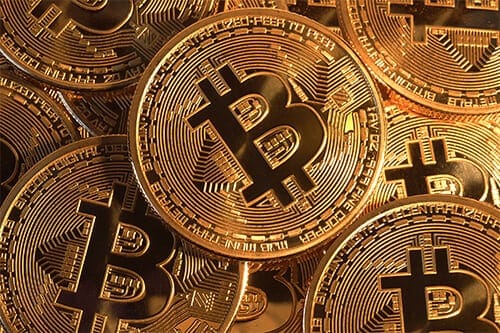 What Goes Up: The Volatile World of Cryptocurrency

Tales of instant wealth are hard to resist. Popular media accounts about the emerging markets for cryptocurrency are teeming with stories of overnight Bitcoin millionaires — like the 19-year-old investor featured in this CNBC report, who parlayed a $1000 gift from his grandmother into a fortune that CNBC valued at $4.4 million. Spurred on by such news, a stampede of hopefuls have plunged into the cryptocurrency markets in the past two years, hoping to make a killing, even if they don’t know the difference between a blockchain and a blockbuster.

Unfortunately, those who belatedly joined the feeding frenzy have seen their investment lose value dramatically in recent months; the going price for a single Bitcoin is now about one-third of what it was when the market peaked late last year. That 19-year-old investor’s virtual hoard of 401 Bitcoins is worth barely half of what it was when CNBC interviewed him just a few months ago.

Experts are divided about whether Bitcoin prices are primed for a rebound or still headed downward. But they do agree about something — digital currencies like Bitcoin and its rivals are incredibly volatile, capable of rising or crashing with alarming speed. They’re not suitable as long-term investments, a place to park retirement funds, or a safe stash for any nest egg, really, that you’re not prepared to lose.

In addition to the inherent instability of the products themselves, the field is riddled with dubious trading platforms, endless hype, and scammers promising sky-high returns, looking to prey on unsophisticated investors.

Curious about the strange new world of virtual currency? Here are some things you should know.

Cryptocurrency is a form of digital currency that allows users to make purchases and conduct other financial transactions online, without the use of credit cards, banks, or other outside payment systems. The currency is managed by a blockchain, a kind of digital ledger that records every transaction in “blocks.” The value of the currency is essentially determined by the people using it and the level of demand.

Bitcoin is the first cryptocurrency to find widespread acceptance. It was introduced a decade ago, after the development of software that made anonymous, secure peer-to-peer electronic cash transactions readily accessible. Several other forms of cryptocurrency have since appeared, including Ripple, Litecoin and Ethereum.

Part of the appeal of such currencies is supposed to be their ease of use, verifiability, and investment potential as they become more widely circulated. But there are also arcane challenges associated with the emerging markets, such as the growing power consumption involved in “mining” new Bitcoins and managing the complex blockchains. The flood of misleading claims, pie-in-the-sky promises and outright scams surrounding new currencies and their trading platforms have also prompted cries for more regulation.

CRACKING DOWN ON CRYPTOCURRENCY FRAUD

The surge of interest in cryptocurrencies has made it tough to sort out the legitimate from the hype. Companies that have nothing to do with actual blockchain technology are slipping “blockchain” into their name, the way companies used to invoke terms such as “cyber” or “digital.” Companies involved in publishing, resource extraction or more obscure ventures are promising to pay royalties or dividends in bitcoins of some kind or another.

Some new investment opportunities have drawn the attention of state and federal regulators. A recent investigation by the Texas State Securities Board found “widespread fraud” in cryptocurrency investment offerings. None of the 32 promoters it probed, who were using websites and social media to attract investors, were registered to sell securities in Texas. Several were pushing investments in new cryptocurrencies that had yet to demonstrate viability — and promising returns as high as forty percent per month.

“There is a lot of hype surrounding cryptocurrencies, but the companies offering investments are often not disclosing all the information investors need to make an informed decision,” Securities Commissioner Travis J. Iles said. “Investors risk giving their hard-earned money to anonymous promoters hiding behind websites who have no intention of making good on their promises.”

Other regulatory investigations have found investment companies making deceptive marketing claims, such as using photos of celebrities (and even U.S. Supreme Court justices!) that suggest they endorse the particular cryptocurrency being peddled. Some have focused on trading platforms that seem to be manipulating markets and stealing from investors’ accounts. A federal judge in Florida recently entered a default judgment against a company that took $1.17 millon from investors for a new currency offering that never occurred.

Behind each of these grim accounts is a simple message: Buyer beware. Keep in mind that cryptocurrency accounts are not covered by the Federal Deposit Insurance Corporation, and that the companies that offer them may not have the internal controls you would expect from a traditional banking firm. The companies that urge investments in cryptocurrency should be approached with even more caution, if at all.

The attorneys at FDAzar battle major corporations on behalf of consumers, employees, and investors every day. If you have suffered damages as a result of unfair business practices, data breaches, or corporate misconduct, we may be able to help. Speak with a consumer protection lawyer today or contact us here. The consultation is free.