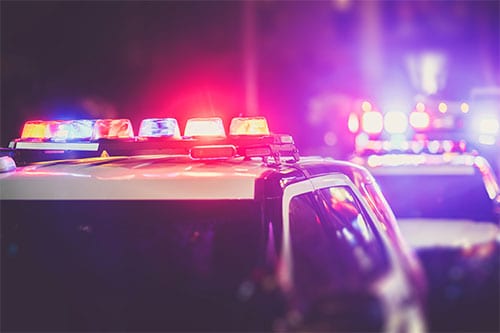 Vail Pass Rollover Accident on I-70

On July 20th, a semi-truck caught fire on East Bound I-70 at Georgetown. Since the location of the fire was after a long downhill slope, it’s possible that the trucks brakes caught fire while descending. Luckily there were no injuries involved. If you drive a semi, please remember to adjust your brakes before attempting to descend I-70.

Just one week after, we are writing about another truck accident on I-70, injuring five people, including children.

According to the Colorado State Patrol, a semi-truck was coming Westbound down Vail Pass when it collided with a Ford Explorer towing a camper trailer. The collision caused the SUV to hit a Jeep Cherokee, rolling multiple times, injuring all five passengers.

When first responders arrived, they immediately treated the injured including three children, two 7-year olds and one 9-year-old. The injured were first transported to Vail Health and some of the injured were then taken to Denver Hospitals by a Flight for Life helicopter. As of Sunday afternoon, two children were still in critical condition.

The truck driver, 48-year-old Keith Thompson of Detroit, Michigan used a runaway ramp to stop the truck after the collision occurred. Neither Thompson nor the Jeep driver was injured.

Rollover accidents are one of the most violent and dangerous crashes that anyone can be involved in. During a rollover, the roof may be crushed or collapse on the driver and the passengers. Rollover car accident injuries are often catastrophic or fatal. Those accidents are especially dangerous when an occupant of the car is not wearing their seatbelt as that person can be ejected from the vehicle. We always recommend wearing your seatbelt, it will save your from more serious injuries or even death!

SUVs are taller than sedans and other types of vehicles. The higher centers of gravity make SUVs more susceptible to rolling when being hit by force.

According to NHTSA, speeding is another major factor in causing rollover accidents

– 40% of Fatal Rollovers were caused by excessive speeding.

When an SUV rolls, the majority of passengers and drivers could be seriously hurt from the impact and sustain multiple injuries with possible severe trauma in the head and neck.

Here are the some types of severe injuries from a rollover accident:

TBI such as skull fractures and brain injuries, are  common injuries from rollover accidents. These injuries can have life long effects which impact victims and their families.

The tremendous forces in a rollover collision can severely injure your back and spine. In the worst scenarios, victims can be partially or completely paralyzed.

Rollover accidents can cause whiplash, slipped discs, and severe nerve and muscle damage.

Since your arms and legs are free to move during a rollover broken bones are often seen in these types of collisions.

Following the wreck, the police charged the Thompson with five counts of careless driving. The cause of the crash is under investigation by the Colorado State Patrol, but police say that excessive speed and brake failure are possible factors of the cause. *Mr. Thompson is considered innocent until proven guilty in a Court of law.

For more than thirty five years the car accident lawyers at Franklin D. Azar & Associates have helped thousands of injured people obtain complete and timely compensation for their losses. Our proven track record and expertise have allowed us to grow into the largest personal-injury law firm in Colorado, with offices in Denver, Greenwood Village, Colorado Springs, and Pueblo.

If you or a loved one has been injured by a car accident, FDAzar can help. We have experienced truck accident lawyers ready to review your case with you. And we have the dedication to our clients to ensure that your claim will be handled efficiently and aggressively so that you can get the recovery you deserve. Call us day or night at 855.637.1268 or or contact us here for a free consultation and no-obligation evaluation of your case.