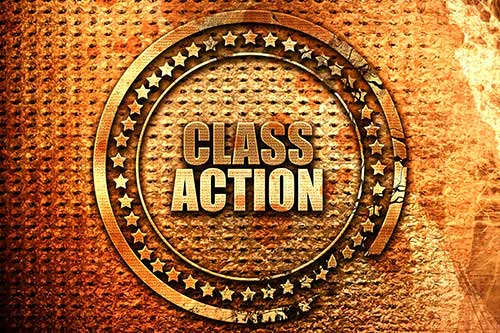 Understanding The How and Why of a Class Action Lawsuit

“There is strength in numbers.” It’s impossible to know what ancient general first uttered that sentiment, but it’s as true today, in the age of digital politics and Twitter followers, as it was in the times of prehistoric warfare. And it’s the key to understand a valuable tool that consumers, employees, and investors have when they’ve suffered losses as a result of corporate misconduct: the class action lawsuit.

What is a class action lawsuit?

A class action is a type of lawsuit in which one or several plaintiffs represent a larger group (or “class”) of people who’ve suffered similar damages. The number of claims involving common damages makes it more efficient to combine them into a single cause of action. Filing a class action lawsuit, instead of numerous individual lawsuits, can benefit a large number of plaintiffs through a single legal action, which saves on costs and court time, prevents inconsistent verdicts, and allows individuals to combine their resources to make their case exponentially stronger.

But to get started can be daunting – just the filing of a class action claim can be highly expensive and highly complex.

Additionally, plaintiffs in class action cases are typically going up against large corporations with vast resources. The companies will use those resources to fight legitimate claims.

Having an experienced class action lawyer who can guide you through the litigation process can greatly increase chances of reaching a fair settlement. Franklin D. Azar & Associates is able to level the playing field for class action members through its exceptional legal representation on behalf of members’ rights and claims.

How to file a class action lawsuit?

Many class actions begin with claims filed by a few people who suffered similar damages because of fraud, unfair practices, improper conduct, or injuries caused by defective and dangerous products. The legal document of those claims to start a class action lawsuit is called a “class action complaint”, which drafted by an attorney to describe the facts and the injuries and/or financial loss suffered by the plaintiff(s).

What are the class action lawsuit requirements? And how can I determine if my case is suitable for class action?

For a lawsuit to proceed as a class action, it must be certified by a judge as meeting certain conditions specified by law. For example, it must be established that claims or damages of the class representatives are typical of those of the unnamed class members. If it turns out that the degree and the type of damage involved vary from claim to claim, such as might be the case in damages caused by pharmaceutical errors or defective medical devices, it might be necessary for the court system to address these issues in another type of mass action.

According to the Federal Rules of Civil Procedure, Rule 23, there are four initial requirements of the class action lawsuit in federal courts. Many states have adopted similar rules as well:

Why a class action and not an individual lawsuit?

Sometimes pursuing a particular claim of damages on an individual basis could cost more than you could ever recover. However, what happened to you may be happening to hundreds of other people with similar claims.

A class action allows consumers to band together to pursue similar complaints and creates certain economies of scale that makes the legal system more negotiable. For example, thousands of consumers who are contesting $20 monthly surcharges on their phone bills can take the company to court in one united action — but the small amount involved effectively discourages the same irate consumers from filing an individual lawsuit, since the process could cost them each far more than the claim is worth.

The class action lawyers at FDAzar can evaluate your case and help you decide which approach best suits your claim. If, after speaking with you in detail, we discover that the wrong done to you is pervasive and widespread, we may ask you to consider pursuing your claim as a class action, joining forces with others in a similar situation.

What other advantages are there to the class action approach?

By banding together, plaintiffs can achieve a more efficient and lasting resolution in court than they might have reached in dozens of individual cases. Testimony and exhibits have to be presented only once, lowering the overall cost of litigation. Class action cases are also sometimes used to seek positive changes in corporate behavior, such as compelling a company’s executive leadership to improve business practices and its policies regarding treatment of its employees. Most of all, the class action process allows a group of people who have suffered damages — employees, investors, consumers, or some other identifiable class — to be empowered and have a voice, to challenge the powerful on an equal footing. Think of it as the power of many.

Experience is the utmost important factor when selecting a class action attorney. Class action lawsuits are extremely complex, and require a high level of expertise to plan the strategy, navigate the paperwork and procedure, choose the right lead plaintiff(s), negotiate for settlements and plead, and so much more.

Franklin D. Azar & Associates is well known in the class action community. For over 30 years, our attorneys have protected the rights of individuals in disputes with big corporations. During that time, FDAzar has secured over $1.5 billion in compensation for our clients, including more than $750 million from Walmart in a wage and hour dispute that involved hundreds of thousands of class action participants and litigation in 26 states. FDAzar has been and is involved in mass tort and class action cases against other large corporations, including Toyota, Hewlett Packard, and British Petroleum.

Our class action department is staffed with experienced and knowledgeable attorneys who focus on litigating large, complex cases. We are currently investigating cases involving abusive wage practices, employees whose 401(k) plans have been subject to excessive fees and mismanagement, improper fees charged by investment companies and banks issuing auto loans, and more.

If you have suffered damages as a result of unfair business practices, data breaches, or corporate misconduct, the class action attorneys at FDAzar may be able to help. Our consumer protection lawyers have four offices in Colorado. They use their knowledge and experience to address their clients’ interests and to seek compensation that is fair for every class member.

Need more information? Speak with a member of our class-action team today or contact us here. The consultation is free.