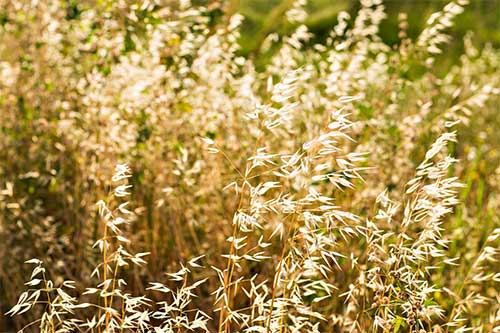 Roundup Cancer Lawsuit Herbicide and Breakfast Cereal: Cause for Alarm?

When it comes to our food supply, we live in an age of uncertainty. News reports tell us of outbreaks of contaminants at favorite restaurants, recalls at the supermarket, new studies that indicate some “miracle” foods aren’t as beneficial as we thought, or competing claims about whether certain trusted, brand-name products help us or hurt us in our quest for healthy eating. The flood of conflicting information makes it hard to keep up — and might even leave you feeling overwhelmed.

But certain developments deserve more attention. One startling example: The recent sizable verdict in the Monsanto lawsuit involving a widely used weedkiller, along with the release of a report that indicates a possibly carcinogenic ingredient in that product is showing up in tests of popular breakfast cereal brands.

The chemical at the center of the controversy is glyphosate, a broad-spectrum herbicide developed by Monsanto in the 1970s and marketed under the trade name Roundup. Glyphosate kills weeds — and, in certain formulations, does so without harming crops. Its effectiveness has made it the most relied-upon herbicide in American agriculture and the second-most-popular product of its kind in home-and-garden use.

Monsanto has pointed to safety data gathered over decades and promoted the herbicide as posing no significant health risk; at one point its ads even claimed that Roundup was “safer than table salt.” But regulatory agencies and health organizations disagree about whether the product, given sufficient exposure, poses some risk of toxicity. The EPA has found that Roundup doesn’t cause cancer; yet in 2015 a research arm of the World Health Organization classified glyphosate as “probably carcinogenic in humans,” while California health officials have labeled the compound as a known carcinogen.

ARE THE WARNINGS ADEQUATE?

A few weeks ago a San Francisco jury ordered Monsanto to pay $289 million in compensatory and punitive damages to DeWayne Johnson, a former school groundskeeper who blamed his frequent use of Roundup and similar products for giving him non-Hodgkin’s lymphoma, a form of cancer that attacks the lymph nodes and the immune system. Monsanto, recently acquired by Bayer, has strongly denied that its product played any role in Johnson’s cancer and has vowed to appeal the verdict. The case is the first of thousands of lawsuits to go to trial against Monsanto, alleging that the company failed to provide adequate warnings about the risks of glyphosate.

On the heels of the Johnson verdict, the Environmental Working Group, a nonprofit advocacy organization, released a report claiming that many popular oat cereals “come with a hefty dose of the weed-killing poison in Roundup.” The EWG used an independent lab to test 45 samples of products made with conventionally grown oats; all but two had traces of glyphosate. In most of the samples, the level of glyphosate was higher than 160 parts per billion — a level that EWG calculated as exceeding a “health benchmark” based on risk levels established by California’s Office of Environmental Health Hazard Assessment. Some of the oat cereals with the highest levels were best-selling favorites, including Cheerios and Quaker Old Fashioned Oats.

Products that used organically grown oats fared much better in the tests. Only a third of 16 organic oat samples tested positive for glyphosate, all at levels much lower than the health benchmark. But the presence of glyphosate in crops from organic growers, who’ve pledged not to use commercial herbicides like Roundup, provides a glimpse into how pervasive the presence of the chemical has become. “Glyphosate use has skyrocketed in the past decade, and it maintains the ability to adhere to water and soil particles long enough to travel through the air or in a stream to nearby organic farms,” explains a statement from Nature’s Path, one of the organic producers.

Admittedly, the numbers projected by the EWG report may not seem alarming to many people; the health benchmark being used turns out to be the one-in-a-million chance of developing cancer that a child might face from eating a serving of cereal with a glyphosate level of 160 parts per billion. But it does suggest a need for more transparency and scrutiny of how glyphosate is used and the degree to which it ends up in the food chain. Last spring, internal Food and Drug Administration emails obtained by another nonprofit group indicted the FDA has been testing food for glyphosate for two years but has not released the results.

That prompted New York Senator Charles Schumer to urge the FDA to make its findings public. “Simply put, the FDA must not only weed out the facts on glyphosate, but they must update the public on their progress,” Schumer said. “I have full confidence in their ability to effectively continue this study, but we are here to send them a message: get going.”

If you or a loved one has suffered injuries as the result of a defective or dangerous product, the product liability lawyers at FDAzar may be able to help. We have been helping injured people receive the compensation they deserve for more than thirty years. Call us today or contact us here for a free consultation.