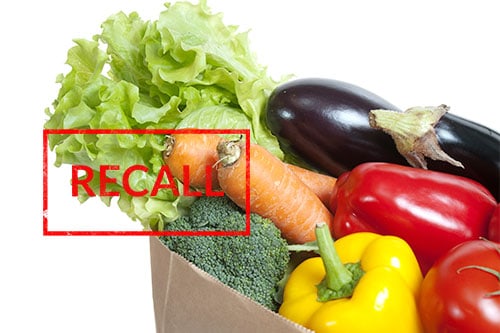 The safety of America’s food supply has improved greatly over the past century. The grim picture rendered in Upton Sinclair’s classic 1906 work The Jungle, which exposed atrocious conditions at stockyards and slaughterhouses that produced meat that’s adulterated, spoiled, and poisonous, set in motion a host of new laws and a keen concern about food safety that persists to this day.

Modern consumers know that the food supplied to restaurants and grocery stores is subject to intense government oversight and inspection. Yet even with an extensive safety system in place, significant outbreaks of food-borne illnesses continue, as well as large-scale recalls of contaminated products.

According to the Centers for Disease Control and Prevention, as many as 48 million people, or one in six Americans, get food poisoning every year —leading to 128,000 hospitalizations and 3000 deaths. And a new report indicates a significant increase in recalls of food products in recent years.

Issued by the U.S. Public Interest Research Group, a consumer advocacy organization, the report notes a ten percent overall increase in recalls between 2013 and 2017. But during that same time period, poultry recalls increased by a staggering seventy percent, while the increase in the most hazardous type of meat and fowl recalls, known as “Class 1” recalls, shot up by eighty-three percent.

At least some of that increase can be attributed to technological improvements that have allowed earlier detection of safety issues and more comprehensive recalls. But the surge in recall numbers raises serious questions about food producers’ ability to keep chicken and meat free of contamination from dangerous bacteria such as E. coli and salmonella. Other segments of the industry have had high-profile contamination issues as well. Among the case studies cited by USPIRG:

The USPIRG report calls for an “across-the-board upgrade” in the food safety system, from inspection and enforcement procedures to speedy and effective recalls.

Other recommendations include tougher standards for bacterial loads in agricultural water, improving traceability throughout the food supply chain, and establishing “clear enforcement consequences for recurring violations of food safety protections or plans.”

If you or a loved one have suffered injuries as a result of an unsafe product, you may be entitled to compensation. The product liability attorneys at Franklin D. Azar & Associates have helped thousands of people who have been harmed by contaminated or defective products, unsafe pharmaceuticals and medical devices. We are currently investigating several products associated with recalls, adverse events, and dangerous side effects, including Depuy Attune Knee Replacements, St. Jude Defibrillators, Xarelto, and Eliquis. Call us or contact us here for a free, no-obligation consultation.