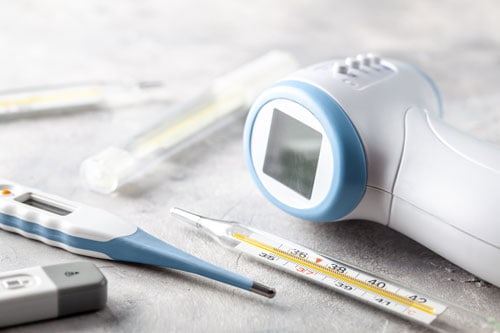 Medical Devices: How Safe Are They?

With more Americans living longer and staying active well into their senior years, the demand for a wide array of devices to diagnose and treat medical conditions, from blood pressure monitors to artificial hips and heart valves, has never been greater. The global market for medical devices is projected to reach $745 billion by 2030, as more people turn to technology for innovative solutions to chronic disease and the march of time.

There’s no disputing that many of these devices have helped people lead longer and healthier lives. However, patients may be placing too much confidence in a government approval process that is more flawed than they realize. “The reality is, the FDA seldom requires rigorous evidence that a device works well—and safely—before allowing it onto the market,” notes a report on the Health News Review website.

Medical devices are regulated differently from new drugs. In an effort to fast-track promising new technology, and in response to heavy lobbying by the medical device industry, the Food and Drug Administration has provided the manufacturers with a relatively easy path to the marketplace, without the sort of elaborate clinical trials required of experimental drugs. The vast majority of new medical devices (99 percent!) reach the market without ever having to provide clinical data regarding their safety and effectiveness.

As a result of the lax approval process, thousands of defective devices have caused a range of health issues, and faulty implanted devices—such as pacemakers, artificial joints, hernia meshes, and so on—have led to additional surgeries, complications, and deaths. A 2019 investigation by a nonprofit news organization, the International Consortium of Investigative Journalists, found a disturbing rate of failure among a wide array of medical devices across the globe, including close to 83,000 deaths and more than 1.7 million injuries in the United States linked to such devices since 2008. The report makes the case that inadequate review and spotty enforcement of regulations in numerous countries, including the US, has led to patients becoming unwitting guinea pigs for new technology.

Aside from endangering the health of the patient, device failures also contribute to the rising cost of health care. A 2016 report in the Minneapolis Star Tribune found that defective heart devices had been implanted in thousands of Medicare patients, at a cost of $1.5 billion; removing the devices cost the patients an estimated $140 million out of their own pockets, as well as other costs to the system and society as a whole.

The FDA’s current system for detecting critical failures in medical devices relies heavily on reports from the manufacturers themselves. Patient advocacy groups are trying to strengthen the approval process, but in many cases, the push for more stringent standards and the recall of faulty devices has come only after enough injured patients have filed lawsuits, seeking compensation for their injuries, that the problem can no longer be ignored.

If you or a loved one has suffered injuries as the result of a defective product, medical device or a dangerous prescription drug, the product liability lawyers at Franklin D. Azar & Associates may be able to help. We have been helping injured people receive the compensation they deserve for more than thirty years. We are currently investigating reports of serious side effects involving the diabetes drug Actos, the chemotherapy drug Tasigna, Zantac and other heartburn drugs, the gout drug Uloric, and several other medications. Call us today or contact us here for a free, no-obligation consultation.