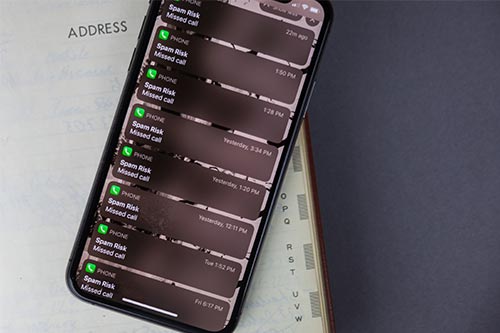 How To Fight Back Against Robocalls

The only thing worse than getting a text pushing a miraculous anti-aging pill is getting a phone call from an automated voice, or a real person who sounds like a robot, offering an extended warranty on your car or claiming that you owe money to the IRS. If you’re like most Americans, you’ve had your day interrupted by many such come-ons in recent years. Unwanted robocalls and texts are the leading cause of consumer complaints to the Federal Communications Commission, a problem that intensified during the pandemic shutdown, which offered telemarketers a captive market of pent-up phone users.

A few weeks ago FCC chair Jessica Rosenworcel announced the largest fine in the agency’s history — $225 million — against Texas telemarketers who allegedly made approximately one billion “spoofed” robocalls selling fraudulent health insurance plans. Despite the enforcement efforts, the volume of unwanted calls keeps going up. One FCC report estimates that the annual number of robocalls in the U.S. increased from 30 billion in 2017 to almost 48 billion in 2018.(It’s now estimated to be around 60 billion a year, which works out to almost 7 million calls an hour.) Another study calculates that nearly half of all mobile phone calls are now scam calls, and the vast majority of those come from camouflaged or spoofed numbers that show up on the recipient’s phone as a familiar area code.

Fortunately, as the scams have become more sophisticated, so have the tools that are available to fend them off. Here are some steps you can take to get these unwelcome yakkers off the line.

If you haven’t already done so, call 1-888-382-1222 or go online and sign up for the National Do Not Call Registry. It may take up to a month to take effect, but your presence on the list will purge the number you registered from legitimate telemarketers’ call lists. This won’t stop all unsolicited calls, such as public opinion surveys or school closure announcements, but it should help.

The main problem with the Registry is that shady marketers may continue to call, ignoring the law — until they’re caught. If you continue to receive such calls, don’t engage. Don’t answer questions that may be designed to get you to say “yes,” as a form of consent to some offer you didn’t know you were getting. Don’t push a button that the caller instructs you to push in order to not receive such calls. Just hang up — after noting the number so that you can report the call to the FCC, if you choose. The complaint form is simple and takes only seconds to fill out.

GET HELP FROM YOUR PROVIDER

You can set about manually blocking undesirable incoming numbers on your phone, but chances are your blocking capability will be overwhelmed by so many calls from so many spoofed numbers. As part of its campaign against unwanted robocalls, the FCC is working with state authorities and major carriers in an effort to intercept and block scammers before the call goes through — preventing them not only from bilking consumers but from wasting their time. This can be done a number of ways, from a feature on your phone that allows you to reject all anonymous callers to filtering programs that identify “Scam Likely” callers and don’t allow them to complete the call. Talk to your provider about what services are available to you; they may involve a nominal monthly cost, but some current smart phones have spam and robocall prevention built into their technology.

For those who want to take the initiative against the scammers, several ingenious call-blocking apps are available, such as TrueCaller and Nomorobo, that are capable of identifying and banning scammers and other annoying callers. (There’s even one called RoboRevenge that promises to send scammers a fake credit card number and a demand letter, seeking compensation for their illegal conduct.) Some of the apps require subscriptions and can be pricey, so it’s best to investigate trial offers and reviews before committing to one of these services.

THE CONSUMER PROTECTION LAWYERS AT FDAZAR

Franklin D. Azar & Associates is one of the largest plaintiff law firms in Colorado, known for championing the rights of individuals who have suffered damages at the hands of large corporations.  Over the past 30 years, our attorneys have secured more than $1.5 billion in compensation for our clients. Our class action department is staffed with experienced and knowledgeable attorneys who focus on litigating large, complex cases.