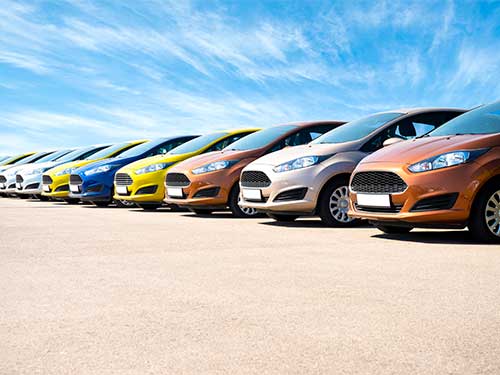 How Technology Is Making Driving Safer

It wasn’t all that long ago that the primary safety feature you could find in the most advanced cars on the road consisted of a seat belt that stretched across your lap. Then a few models began offering exotic features such as antilock brakes and dual front airbags (which didn’t become mandatory for all passenger vehicles in the United States until 1998).

We now take those life-saving innovations for granted. But in the last few years, a wave of startling, risk-reducing features have been introduced in the auto world; although most of them are not yet standard on all vehicles, they’re becoming so popular that at least some aspects of the new embedded technology will probably be offered the next time you go shopping for a new car.

Here’s a rundown of the most promising tech to keep driving safe, now available, which might soon become as ubiquitous as seat belts.

It’s not technology that you can see, but one of the biggest game changers in auto safety has been better vehicle design. The emergence of crumple zones, in particular, has helped to reduce the incidence of lethal crashes. Crumple zones are essentially areas of the vehicles that are designed to deform or collapse during a collision, absorbing and shifting the impact of the collapse away from the passengers. Another less-visible but increasingly common feature is traction control, which monitors the rotation of each wheel and uses anti-lock braking technology to automatically correct wheel slippage.

The evolution of sophisticated sensor technology now provides many aids that can warn you of driver fatigue, anticipate possible collisions, and even lend a hand in tight parking challenges. Consider these marvels:

KEEPING TECHNOLOGY IN ITS PLACE

It’s expected that many of the innovations now showing up in new cars will save lives and reduce injuries in years to come. However, technology can’t replace the role of an alert, conscientious driver; as we’ve noted previously on this site, we’re still a long way from a truly autonomous, self-driving car. Even with the crash avoidance systems now available, the total number of traffic deaths in the United States continues to rise. Ironically, one of the factors involved in the rising fatality rate has to do with distracted driving, which was a factor in one out of ten fatal crashes in the US in 2016. Despite all the technology that money can buy, it’s still a good idea to keep your attention focused on the road.

For more than thirty years the attorneys at Franklin D. Azar & Associates have helped thousands of injured people obtain complete and timely compensation for their losses. Our proven track record and expertise have allowed us to grow into the largest personal-injury law firm in Colorado, with offices in Denver, Colorado Springs, Pueblo, and Trinidad. If you’ve been injured in a car, truck, or motorcycle accident, you may be entitled to compensation. Please call the attorneys at FDAzar day or night at 800-716-9032 or contact us here for a free consultation and no-obligation evaluation of your case.