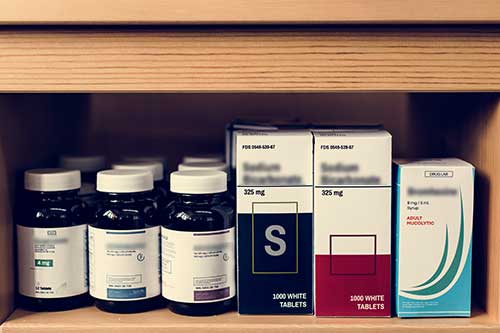 It’s safe to say that these are not the best of times in the pharmaceutical industry. Lawsuits and federal probes against manufacturers of prescription painkillers are piling up, as a host of government agencies and patient advocates seek to hold the drug companies accountable for their role in the nation’s opioid crisis. Multi-district litigation has consolidated lawsuits filed by dozens of states, but more complaints continue to emerge.

On the heels of that sprawling investigation comes another challenge. Recently the attorneys general of 44 states, including Colorado, banded together to announce a lawsuit against 19 of the country’s largest generic drug makers, accusing the companies of conspiring to inflate and manipulate the prices of more than a hundred generic drugs.

The 524-page complaint filed in the case alleges a price-fixing scheme that’s truly stunning in scope. The drugs in question account for billions of dollars in sales, encompassing everything from antibiotics and contraceptives to statins, anti-depressants, and drugs used to treat diabetes, cancer, epilepsy, and HIV.

The customers said to be defrauded by the scheme range from ordinary consumers to private health insurers to taxpayer-funded programs such as Medicare and Medicaid. And the amount of overpayment involved is hardly minor; in some instances, the alleged price increases are estimated to be more than ten times what the drug should have cost.

“A BIG REASON WHY” DRUGS ARE SO EXPENSIVE

“We have hard evidence that shows the generic drug industry perpetrated a multi-billion-dollar fraud on the American people,” said Connecticut Attorney General William Tong, whose office spearheaded the lawsuit coordination among states, in a prepared statement. “We have emails, text messages, telephone records, and former company insiders that we believe will prove a multi-year conspiracy to fix prices and divide market share for huge numbers of generic drugs. These are drugs that people in this country rely on every day for acute and chronic conditions and diseases…We all wonder why our healthcare, and specifically the prices for generic prescription drugs, are so expensive in this country — this is a big reason why.”

Legislation passed in the 1980s made it easier for companies to come out with low-cost, generic formulations of many medications that had previously been the exclusive (and pricey) brand-name product of one manufacturer. In the usual course of affairs, the first generic manufacturer to enter the market would price the drug slightly lower than the brand-name version; as additional competitors entered the market, the price would continue to fall, until the average generic price was twenty percent or less of the brand-name price. “Congress designed the generic drug market to keep costs low, and the market initially operated that way,” the lawsuit complaint observes.

But that isn’t the way the market operates any more, the lawsuit claims. In recent years, many generic drug makers have allegedly entered into informal agreements as to how to divvy up the customers, giving each company its “fair share” of the market while keeping prices high.

Attorney General Tong and his colleagues claim that by 2012 Teva Pharmaceuticals and other defendants in the lawsuit had “embarked on one of the most egregious and damaging price-fixing conspiracies in the history of the United States,” hiking prices on dozens of generic drugs and entering into “bid rigging and market allocation agreements” in the course of frequent interactions at industry conferences, dinners, and golf outings, and through numerous friendly texts, calls and emails.

Teva and several other companies named in the lawsuit have denied any wrongdoing and have vowed to contest the charges in court.

The filing is actually the second lawsuit in an expanding investigation that Tong’s office has described as possibly the largest “cartel case” in U.S. history; the first, filed in 2016, focuses on 15 generic drugs and lists some of the same defendants named in the new suit.

If you or a loved one has suffered injuries as a result of a dangerous prescription drug or a failed medical device, you may be entitled to compensation. The product liability attorneys at Franklin D. Azar & Associates have helped thousands of people who have been harmed by defective pharmaceuticals and medical devices. We are currently investigating several products associated with recalls, adverse events, and dangerous side effects, including Depuy Attune Knee Replacements, St. Jude Defibrillators, Xarelto, and Eliquis. Call us or contact us here for a free, no-obligation consultation.