Federal Arbitration Act holds strong under Supreme Court: What it means for you 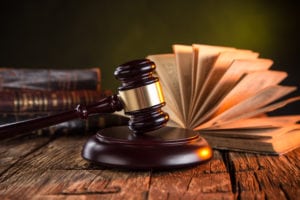 On Monday May 15th the Supreme Court of the United States ruled that Kindred Healthcare, a nursing home system, was allowed to enforce a binding arbitration contract signed by the families of two patients who died in the facilities. This decision is just one in a string of similar decisions upholding the legality of a controversial practice known as arbitration. So, what is Arbitration? Who uses it? And what does it mean for you?

Arbitration clauses are found in the contracts of hundreds of different services including most credit card agreements, banks, financial services, home builders, car dealers, and many manufactures. Most consumers are likely signed into more than a dozen arbitration agreements if they know about them or not. There is no need to worry though; arbitration is a legal and effective way to settle disputes.

What does arbitration mean for you?

Though it may be nerve racking to sign away your right to sue, it is important to remember arbitration has been used to settle billions and billions of dollars of disputes fairly. By using arbitration both parties involved can potentially avoid costly court and legal fees, drawn out proceedings, and strict evidence discovery. The Federal Arbitration Act has been held to be lawful several times by the courts, and is one of the best options to settle disputes. Of course it is always important to read contracts in their entirety and understand what legally binding obligation you are signing onto. If you have a dispute that needs to be settled in the legal courts it is always best to consult an expert. At Franklin D. Azar & Associates your consultation is always free. Call today and we will fight to get the compensation you deserve.