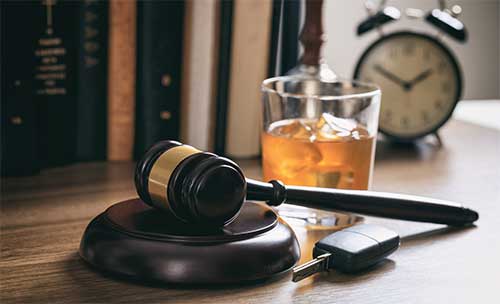 The driver of a van was arrested on suspicion of drunk driving after a rollover crash sent five people to the hospital in Colorado Springs. The incident was the latest in a procession of serious accidents involving suspected alcohol use and excessive speed — a deadly combination, and one that’s showing up with increasing frequency in the Springs, which leads the state in fatal drunk-driving cases.

The rollover occurred on Saturday evening, September 14. According to a police account, the van driver left the Mission Trace Shopping Center at a high rate of speed and promptly lost control, flipping the vehicle on its side and coming to rest against a tree on Jet Wing Drive, just east of Academy Boulevard.

Fortunately, the crash happened right across the street from a fire station. Emergency personnel were on scene immediately, and all five occupants of the van were transported to hospitals, with injuries described as minor to moderate, according to a report aired on KKTV.

The driver, Jesus Alvarez-Ramirez, was arrested on DUI and vehicular assault charges.

The Sobering Numbers on DUI Arrests in Colorado and the US

The Colorado Department of Transportation recently announced that 2,999 people were arrested on drunk-driving charges across Colorado this summer, an 11 percent increase over last year.

And it’s likely that more drunk drivers are still on the road, since almost half of those arrests happened during stepped-up enforcement over just a few days, the Labor Day and Memorial Day holidays.

More than one in ten of those arrests were by the Colorado Springs Police Department. That is perhaps to be expected, given the city’s growth, but Colorado Springs also has a disproportionate share of fatal alcohol-related crashes.

Of the 14 most recent driver-impaired fatalities in the state, 11 happened in Colorado Springs —including the fatal motorcycle crash we wrote about just a few days ago.

The data from the Centers for Disease Control indicates that 29 people die in traffic crashes involving an alcohol-impaired driver every day in the United States – that equals to in one death every 50 minutes.

Despite regular police crackdowns and efforts to reduce drunk driving, there are still alcohol-related crashes.

How to deal with the drunk-driving problem?

The best way is to avoid getting intoxicated individuals behind the wheel first, such as offering a ride or get a Uber/Lyft for someone who’s drank a lot.

If you witness someone driving recklessly — drifting, suddenly braking, ignoring traffic signals, tailgating, etc. — pull over to a safe location and call 911 or 277 (to reach the Colorado State Patrol).

For more than thirty years the attorneys at Franklin D. Azar & Associates have helped thousands of injured people obtain complete and timely compensation for their losses. Our proven track record and expertise have allowed us to grow into the largest personal-injury law firm in Colorado, with offices in Denver, Greenwood Village, Colorado Springs, and Pueblo. If you’ve been injured in a bus, car, truck, or motorcycle accident, you may be entitled to compensation.

Please call the car accident attorneys at FDAzar day or night at (855) 637-1268 or contact us here for a free consultation and no-obligation evaluation of your case.