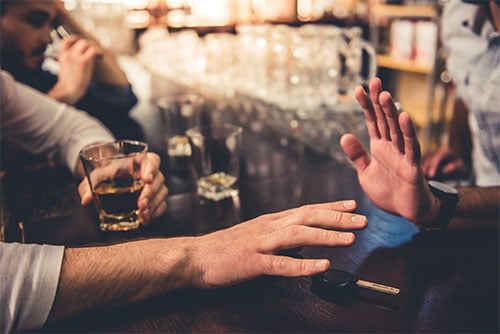 A 35-year-old motorcyclist was killed in Colorado Springs on September 1, following a horrific crash with a pickup truck. A grim reminder of how vulnerable motorcycle riders are to the actions of other motorists on the road — especially if those actions involve alcohol, excessive speed, or other reckless behavior.

Colorado Springs police say that Christopher Larkin was headed southbound on North Academy Boulevard when his motorcycle was rear-ended by a pickup truck. While the truck dragged his bike more than 600 feet along Academy, Larkin was thrown into the road and hit by an oncoming minivan. He died at the scene.

According to a police account of the incident, the driver of the pickup was arrested on suspicion of drunk driving and faces possible vehicular homicide charges as well. The Gazette reports that the driver, Shahin Taragi, 34, has a lengthy history of prior traffic violations and has twice pleaded guilty to driving while impaired. 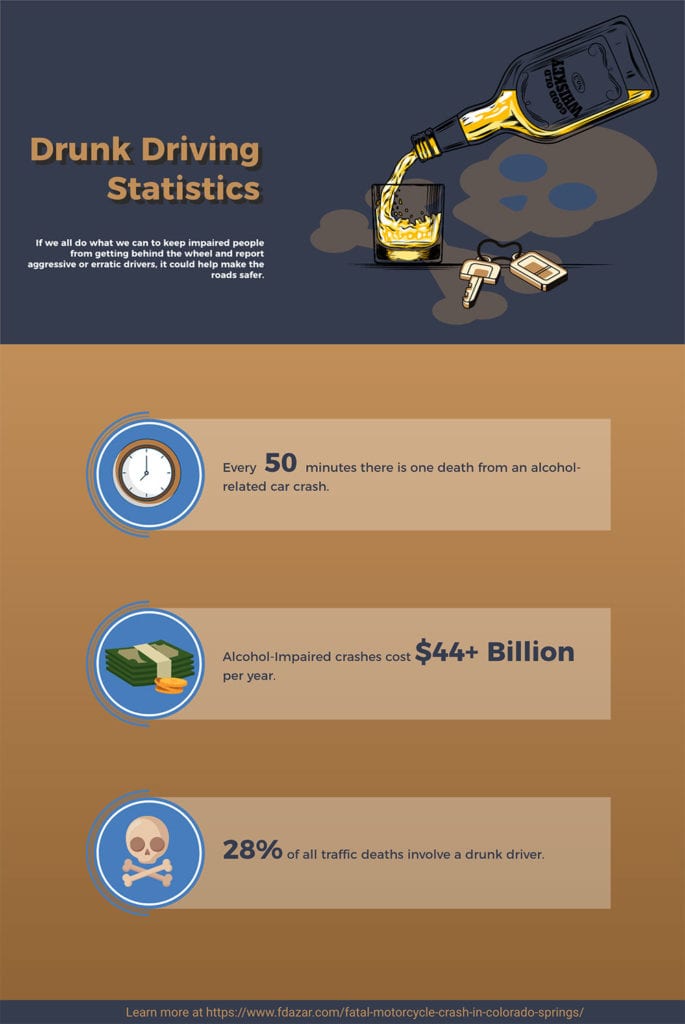 Data from the Centers for Disease Control indicates that there are 29 deaths in the United States every day traffic crashes involving an alcohol-impaired driver; that works out to one death every 50 minutes. The annual cost of these totals more than $44 billion. Despite regular police crackdowns and efforts of groups such as Mothers Against Drunk Driving, alcohol-related crashes still account for 28 percent of all traffic deaths.

What You Can Do about Drunk Drivers?

The most effective way to deal with the drunk-driving problem is to prevent intoxicated people from getting on the road in the first place. If you are aware that someone is about to get behind the wheel after imbibing too much, take action. Offer a ride, a cab, a place to lie down, or some other alternative. Anticipate and avoid confrontations by having a designated driver in advance.

If you observe someone driving dangerously on the road — swerving, braking suddenly, ignoring traffic signals, tailgating, drifting between lanes, and so on — find a place to pull over safely and call 911. You can also dial *277 to reach the Colorado State Patrol directly or *DUI (the drunk-driving hotline).

Larkin’s death is the 33rd traffic fatality in Colorado Springs so far this year. Statistically, alcohol and speed play a huge part in such tragedies across the state.

If we all do what we can to keep impaired people from getting behind the wheel and report aggressive or erratic drivers, it could help make the roads safer — but it’s still imperative to drive defensively at all times.

For more than thirty years the attorneys at Franklin D. Azar & Associates have helped thousands of injured people obtain complete and timely compensation for their losses. Our proven track record and expertise have allowed us to grow into the largest personal-injury law firm in Colorado, with offices in Denver, Greenwood Village, Colorado Springs, and Pueblo. If you’ve been injured in a bus, car, truck, or motorcycle accident, you may be entitled to compensation.

Please call the car accident attorneys at FDAzar day or night at (303) 900-5595 or contact us here for a free consultation and no-obligation evaluation of your case.