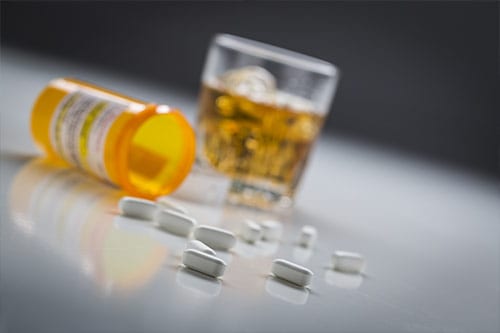 Data collected by the Centers for Disease Control indicates that 81,000 drug overdose deaths occurred in the U.S. in the 12 months ending in May 2020, the highest number of such deaths ever recorded in a 12-month period. The figure was increasing even before the pandemic-related shutdowns began but surged as the year progressed; preliminary data suggests that the drug-related death toll for the year could exceed 90,000, compared to 70,630 in 2019.

Why so high? Public health experts believe that the shutdown may have exacerbated conditions that contribute to drug abuse, including social isolation, economic troubles, mental health issues, and obstacles to addiction treatment and needed medication. Add to that the already existing opioid crisis in America, with millions of Americans fighting dependency on powerful prescription painkillers.

Opioids were responsible for three out of every four overdose deaths in the early stages of the pandemic. The synthetic opioid fentanyl, which can be 50 to 100 times more potent than morphine, has been singled out by the CDC as a “primary driver” of the increase in fatalities. Often manufactured illicitly, fentanyl obtained on the street can vary greatly in potency and purity, making overdoses more likely. It’s also frequently mixed with other opioids or cocaine or methamphetamine, leading to more deaths.

Almost all the jurisdictions that collect synthetic opioid data reported sharp increases in deaths related to such drugs last year. Ten western states reported that the number of deaths from synthetic opioids had doubled. In San Francisco, a city struggling with a high rate of opioid use, 713 residents died from drug overdoses in 2020, compared to 255 who died from coronavirus.

The disturbing numbers have prompted the CDC to issue a health advisory, urging medical professionals, first responders, and others to expand distribution of the overdose-fighting drug naloxone and to take other measures to increase public awareness and improve detection of overdose outbreaks. The agency urges the public to learn more about the risks of opioids and how to help people struggling with drug dependency issues during the pandemic.

If you or a loved one has suffered injuries as the result of a defective medical device or a dangerous prescription drug, the product liability lawyers at Franklin D. Azar & Associates may be able to help. We have been helping injured people receive the compensation they deserve for more than thirty years. We are currently investigating reports of serious side effects involving the diabetes drug Actos, the chemotherapy drug Tasigna, Zantac and other heartburn drugs, the gout drug Uloric, and several other medications. Call us today or contact us here for a free, no-obligation consultation.