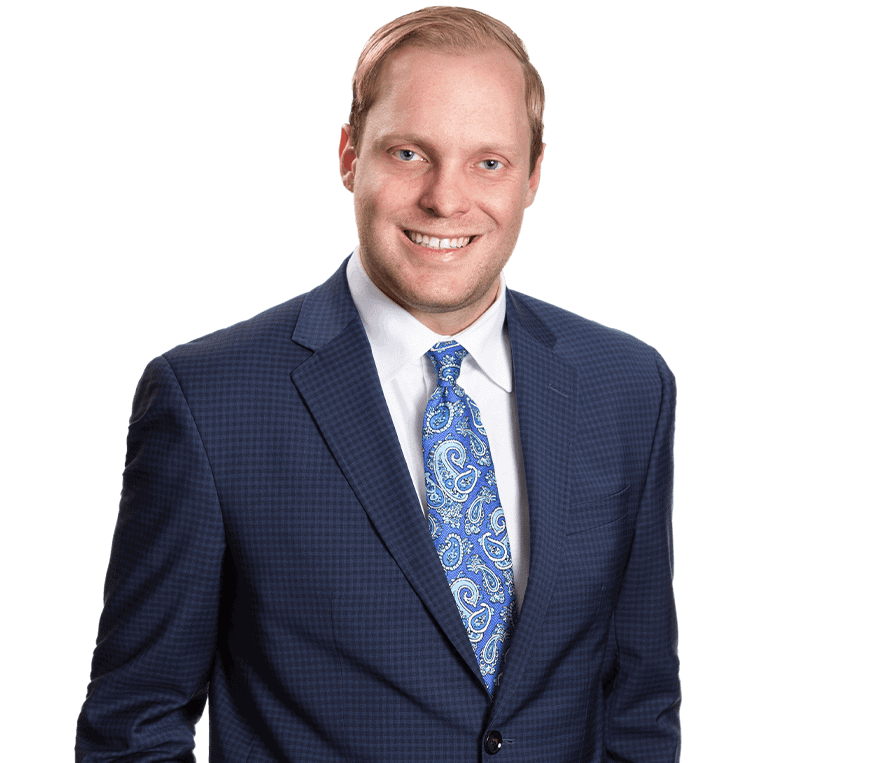 “Entering college at the outset of the financial crisis and seeing the harm it caused, I decided that I want to pursue a career where I could help protect consumers harmed by corporate corruption.”

Brian Hanlin grew up in Windsor, Colorado. He received his degree in journalism and minor in philosophy from Colorado State University in 2012 and his Juris Doctorate from the University of San Diego, School of Law in 2015, with a concentration in Intellectual Property. Mr. Hanlin has been licensed to practice in Colorado since 2016 and is licensed to appear before the U.S. District Court for the District of Colorado.

Mr. Hanlin’s practice primarily focuses on consumer class actions. Joining the Frank Azar & Associates team in 2016, he has experience particularly in class and putative class actions involving wage and hour violations, unfair and deceptive business practices, and securities violations.   Some of the most notable cases Mr. Hanlin has been a part of in his career include:

* Walewski v. Weyerhaeuser NR Company, U.S. District Court for the District of Colorado, Case No. 1:17-cv-01940 (representing homeowners who purchased homes containing allegedly defective floor joists manufactured and distributed by Weyerhaeuser, and alleging that, due to manufacturing defects and breaches of Weyerhaeuser’s duties of care, the joists caused excessive and dangerous levels of formaldehyde off-gassing into their homes).

Additionally, Mr. Hanlin has worked with the Frank Azar & Associates teams in the areas prosecuting various class and putative class actions involving “data breaches” and “privacy violations” against some of the largest U.S. technology companies, such as Facebook, Inc. and Google, LLC, including:

* In re Google Plus Profile Litigation, U.S. District Court for the Northern District of California, Case No. 5:18-cv-05062 (involving alleging that Google allowed millions of Google+ users’ personal information to be improperly exposed to third-parties and that Google chose to conceal this exposure from users)

* Lundy v. Facebook, Inc., U.S. District Court for the Northern District of California, Case No. 4:18-cv-06793 (involving allegations that Facebook collected detailed location data from users’ mobile and/or tablet devices without permission even where they specifically opted out of location services).

In his spare time, Brian enjoys spending time with his wife and two sons. He enjoys playing the guitar and watching his favorite artists at live music venues. His favorite music venue is Red Rocks where he was able to witness a show of the legendary Daft Punk.   Mr. Hanlin has a passion for protecting consumers and workers wronged by corporate America. The biggest lesson he’s learned in his practice of law is that large corporations can and will cut corners to harm consumers or seek to benefit at their expense. Consumers that come together to protect themselves through class action litigation present one of the strongest weapons available for consumers to defend themselves from corporate malfeasance.